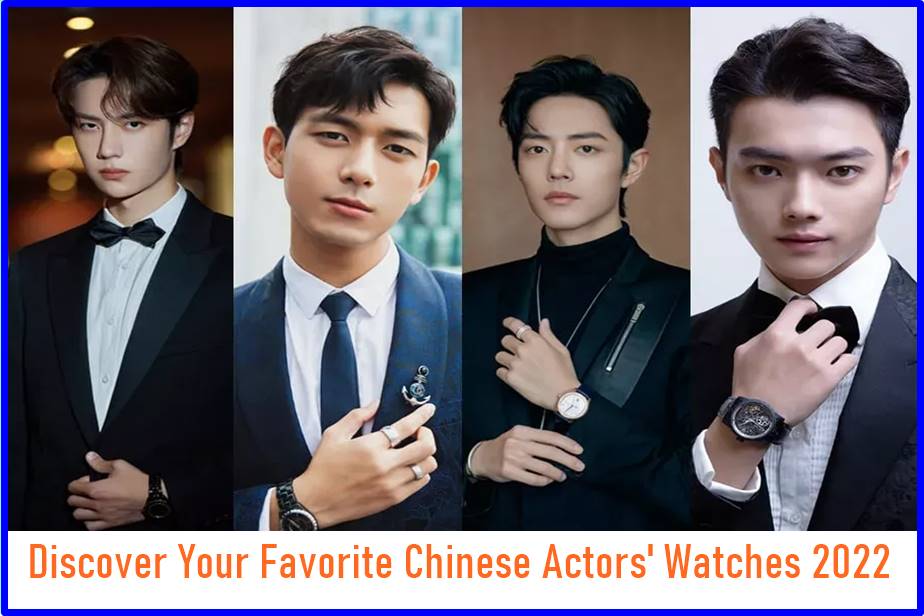 South Korea may have the most popular and one of the largest entertainment industries in the world, thanks to KPOP and K-drama, but Chinese drama with its remarkable actors will not stay humble. Who wouldn’t know Jackie Chan, Jet Li, and Bruce Lee?

The rising young actors in Asia’s largest country are also showing competencies on their TV shows that deserve to be known worldwide. And as they are being idolized for their acting skills and charisma, they also exhibit fashion items that add glamour to their appeal.

The Chinese fashion design is undeniably explicit on the world stage. In the popular TikTok, it is often featured in the extraordinary fashion sense of Chinese people, even when they’re just on the streets. One of the fashionable items they have is their watch. In this article, we’ll be going to discover the watches of some of the most well-known Chinese actors nowadays.

Arthur Chen, known colloquially by his Chinese name Chen Feiyu, is a 21-year-old Chinese-American actor most popular for his role in the 2018 fantasy TV series “Ever Night”. Tissot World embraced him as the next generation ambassador of the luxury watch brand in June 2020. Among his Tissot watches is the Chrono XL, which he defines as daring, one-of-a-kind, wonderful, and limitless.

Tissot is a well-known luxury watch manufacturer established by Charles-Félicien Tissot and his son, Charles-Émile Tissot, in Le Locle, Switzerland in 1853. Tissot SA’s parent company belonged to the Swatch Group in 1998 after many mergers and changes made.

Yang Yang is a Chinese actor who was born in Shanghai but later moved to Beijing to fulfill his passion for dancing. In 2010, he made his acting debut with the Chinese TV drama “The Dream of Red Mansions. He was appointed Montblanc ambassador in 2017. The dancer-turned-actor-singer is the first person to appear on a Chinese postal stamp, as well as in the luxury brand’s watch campaign in the country.

Montblanc International is a luxury goods manufacturer based in Hamburg, Germany. Montblanc manufactures a wide variety of products, such as travel accessories, writing instruments, watches, and jewelry, among others. The brand also became friends with the Malaysian-Singaporean actor, Lawrence Wong, who is best known for his role in Story of Yanxi Palace, a Chinese TV drama series, leading him as the 35th in the list of most successful artists in China.

Wu Yi Fan, better known as Kris Wu, is a 30-year-old Chinese-Canadian actor, singer, record producer, rapper, and model. He was a part of the EXO, a South Korean-Chinese boy band, and its subgroup EXO-M under SM Entertainment before departing in 2014. Last year, he was one of Bulgari’s four newest brand ambassadors, alongside Zendaya, Naomi Scott, and Lily Aldrige, campaigning for the brand’s Mai Troppo, which equates to “never too much.”

Bulgari is a luxury Italian brand famous for its jewelry, watches, fragrances, accessories, and leather goods, occasionally collaborating with other entities while overseeing and executing most design, production, and marketing.

Li Yifeng, also recognized as Evan Li, is a Chinese singer and actor who rose to prominence after entering the 2007 My Hero competition. In the same year, he made his singing debut with the album Four-Leaf Clover. He has slowly changed his career focus to acting since 2009.

TAG Heuer named him as a brand ambassador in 2015 after identifying him as one of China’s most unstoppable fashion icons. He was wearing the TAG Heuer Carrera Heritage Calibre 1887 Chronograph at the time of the launch.

TAG Heuer is a Swiss luxury jeweler that develops, manufactures, and sells TAG Heuer-branded watches, fashion products, and even eyewear and cell phones under license from other companies.

Liu Shishi, also credited as Cecilia Liu, is a well-known Chinese actress who studied ballet at the Beijing Dance Academy. Her most well-known roles include Ruoxi in the Chinese time-travel drama, Scarlet Heart and Imperial Doctress, and Long Kui in the Chinese Paladin 3 TV series. In 2014, she signed with Folli Follie, to boost the brand’s presence in the country.

Li Bingbing is a Chinese actress and singer who rose to prominence in 1999 with her appearance in Seventeen Years and has since gained critical acclaim for her roles in famous shows such as The Forbidden Kingdom (2008), Detective Dee, and the Mystery of the Phantom Flame (2010), and Zhong Kui: Snow Girl and the Dark Crystal (2015). In 2017, she was appointed as Carl F. Bucherer’s Global Brand Ambassador.

Carl F. Bucherer is a Swiss watchmaker based in Lucerne, Switzerland, that produces high-end mechanical watches for women and men.

Zhao Liying is a Chinese actress who also goes by the name Zanilia Zhao. Legend of Lu Zhen, The Mystic Nine, Princess Agents, The Story of Minglan, and Legend of Fei are some of her most well-known TV series. In 2017, she became a member of the Longines family of ambassadors.

Longines, or Compagnie des Montres Longines Francillon S.A., is a Swiss luxury watchmaker headquartered in Saint-Imier, Switzerland. Since 1983, the company has been a branch of the Swiss Swatch Group and its descendants, which was established by Auguste Agassiz in 1832.

Chen Xiao is an actor and model from China. Legend of Lu Zhen, The Romance of the Condor Heroes, Nothing Gold Can Stay, and Love Journey are among his most well-known roles. In 2014, Chen was ranked 93rd on Forbes China Celebrity 100, and 74th in 2015. He was appointed the brand ambassador for China by Girard-Perregaux in 2019.

Girard-Perregaux SA is a prestigious Swiss watchmaker with roots going back to 1791. Since 2011, Sowing Group, Swiss holding group of the company, has been an affiliate of the French Kering Group.

In 2017, the Federation of the Swiss Watch Industry reported that Hong Kong and mainland China were the top two markets for Swiss watches. Large-scale capital investment and rapid productivity growth were attributed by economists as the factors for China’s rapid economic growth. It’s no wonder why luxury companies all around the world invest and partner with Chinese people.