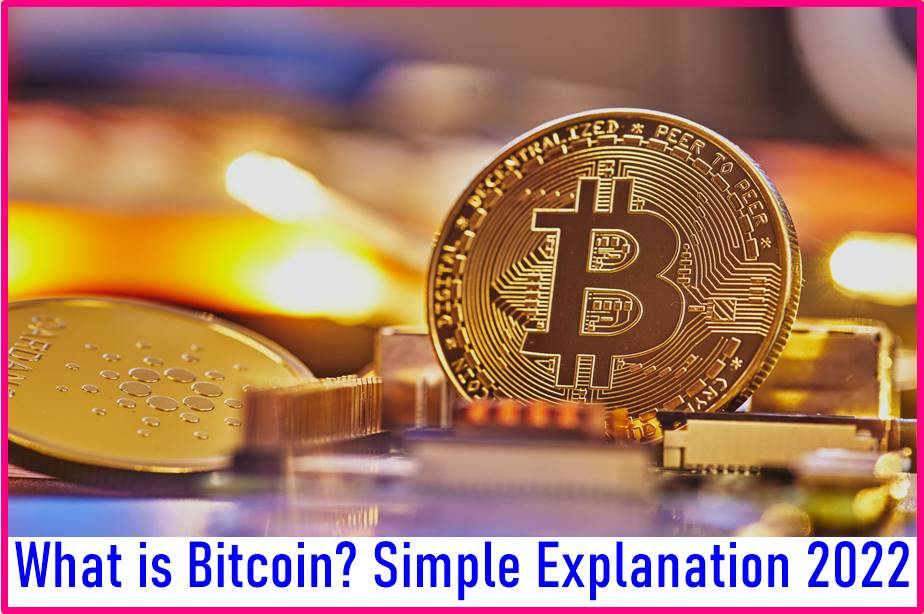 When the word “blockchain” started to spread, many people were unsure of what it meant. Nowadays, more and more industries are looking into blockchain technology to transform their businesses. As more people turn to the future, many sectors will be affected by its growing popularity. Blockchain can increase transparency with its decentralized ledger that leaves an indelible trail for all transactions taking place.

Bitcoin is a decentralized digital currency. That means it isn’t controlled by any central authority, like a government or bank. Each transaction is recorded on a so-called public ledger, with anyone able to see the balance of every account. Unlike traditional currencies, Bitcoins are not tied to a physical item or even to an identity; but instead, they are traded online.

The Bitcoin Standard: The Decentralized Alternative to...
$21.99
Buy on Amazon
Bestseller No. 2

The Bitcoin Standard: The Decentralized Alternative to...
$17.57
Buy on Amazon
Bestseller No. 4

Golden Bitcoin T-Shirt for Crypto Currency Miners and...
$19.95
Buy on Amazon
Bestseller No. 6

Bitcoin: Everything Divided by 21 Million
$12.99
Buy on Amazon
Bestseller No. 8

Cryptopia: Bitcoin, And The Future Of The Internet
$7.99
Buy on Amazon
Bestseller No. 9

How does it work

Each Bitcoin is stored in a ‘digital wallet’ smartphone app or computer program. Bitcoin can be sent to someone as payment, and they can cash it out through an exchange service. People can transfer Bitcoin (or part of one) to your digital wallet, and you can send Bitcoins to another person. You can buy Bitcoins using real money — and then sell those same bitcoins on an exchange service.

Bitcoin is a cryptocurrency built on top of blockchain technology. It has many benefits over fiat currencies, which we will discuss below:

Bitcoin is a global digital currency and can be sent or received from anyone in the world. The Bitcoin network, unlike traditional currencies, is not controlled by any bank or government — it’s decentralized, and that’s a vital part of its appeal. Using Bitcoin has no borders or limits: you can send it to anyone, anywhere, regardless of their location, thus giving a chance for people in developing countries to access global payments.

Easy to use and fast

Bitcoin is a digital peer-to-peer currency that allows you to send and receive money anywhere in the world. There’s no need for a bank account, and transactions happen very fast, with minimal fees (currently, it’s just over $2 per transaction, regardless of the transfer sum)

Although Bitcoin has low fees and offers good transaction speed, it is used by the majority of people who use crypto to transfer money. The technology can’t keep up with the pace of the market, which is why developers have created Bitcoin cash. BCH transactions are even faster and cheaper. If you want to buy Bitcoin cash and diversify your portfolio, you better do it now.

Bitcoin is a much cheaper option than traditional processors. When sending a transaction, a flat fee is taken from the amount being sent to cover BTC network overhead. However, because there are no intermediaries to take a percentage of the transaction, remitters can send money at a much lower cost.

Your money is protected

Whether there are issues with the government or you’re simply having a bad day, bitcoin is well-protected from external influences. When your money is in your possession, it’s much harder for an outside entity to take that away from you. So when the next economic crisis occurs, you’ll know exactly where your money is.

Bitcoins continue to be the most well-known and used cryptocurrency in the world, with a steadily growing list of businesses accepting it as a form of payment. Bitcoin is the third most traded asset in the world, according to Investing.com, and the trading pair BTC/USD is ranked six. Thanks to the Bitcoin price volatility, all news related to the global economy and business directly affects the cryptocurrency’s price.

Bitcoins didn’t just change the way we think of digital transactions. It also changed the way we view money and value, and it gave rise to a new source of trust: trust in the security and stability of blockchain. Bitcoins are now 13 years old, but their impact on the digital world has been enormous.

It’s the reason why many new blockchains were developed, and these blockchains will shape our future. With its ability to provide a seamless payment experience, Bitcoins has become one of the safest and most traded assets in the world, with its value growing exponentially over the past few years.

How can I check my WALMART CARD BALANCE? View facts about 2022

Pick the best type of cryptocurrency wallet for bitcoins!

What exactly are Bitcoin, Blockchain, and cryptocurrencies? Is it safe to invest in them, or are we facing a bubble of enormous proportions? We talked about all these issues and the future of money on the Internet during the last Xataka Awards in one of the talks during the event.

The speaker of the talk was Carlos Domingo, co-founder of the company SPiCE VC specializes in investments in Blockchain with a long history of innovation in telecoms. He has lived in the United States and Japan, has been responsible for everything related to R&D at Telefónica in different positions, and is now involved in a project related to the world of cryptocurrencies.

The talk is focused on teaching the basic concepts of Bitcoin and Blockchain, recent technologies that the Nobel Prize in economics Milton Friedman already imagined in 1996 when he assured that a virtual currency would end up being created on the Internet in which to make payments without a person knows the others.

With this premise, Domingo places Bitcoin at the same level as the other protocols that make the Internet work, such as TCP, IP, FTP, or HTTP. A protocol that allows the transmission of value just as others allow the communication of voice, mail, or files. And no, it has nothing to do with Paypal or Apple Pay since these do not represent native digital money but rather a way of transmitting money from the current banking structure. Bitcoin is “a 100% native digital currency”.

The basics of Bitcoin

And where does Bitcoin come from? The first cryptocurrency was created “By Satoshi Nakamoto,” a pseudonym that corresponds to a person nobody knows precisely who is. This man published an article in 2009 in which he described a P2P payment system that he called Bitcoin. After a few months, he published the first version of the software that allowed managing the currency network and began to interact in forums with the first interested parties.

To understand Bitcoin, you have to understand several basic concepts. The first is that it is based on a decentralized computer network, which involves nodes distributed throughout the world with copies of all the transactions that have been carried out. The second concept is that of the miners, who are part of the nodes and have the incentive that every time new Bitcoins are generated, they are distributed among those who are part of the nodes.