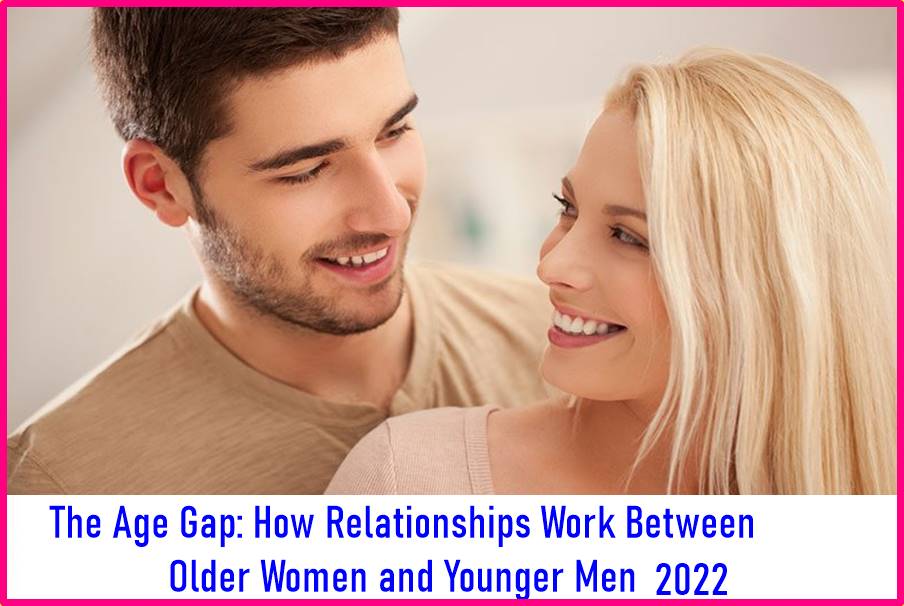 No Comments on The Age Gap: How Relationships Work Between Older Women and Younger MenPosted in Lifestyle By John LopezPosted on 26/04/202227/04/2022

One of the most enduring relationship dynamics is one that, at face value, might seem a little imbalanced. Older women who have the hots for younger men. But there’s nothing new about age-gap partnerships. Sexy femme Fatales – sophisticated mature women with a taste for young males – frequently cropped up in films in the classic Hollywood era. Nowadays, any single man who’d like to get familiar with a middle-aged female has a choice of many online dating outlets. Let’s take a more in-depth look at why older women find young dudes irresistible and why this has spawned an entire genre of digital dating – cougar websites.

Rich older ladies and their desires

Firstly, what are the attributes that define a cougar? It might be more illustrative to describe what a cougar isn’t! They’re nothing like the much younger girls guys might be used to seeing hanging around in trendy bars or nightclubs. These immature youngsters often end up enjoying too many cheap cocktails and stumbling over their stilettos, spilling out of their low-cut tops, or falling into taxis. Cougars are far too mature to behave like that. Some rich ladies looking for younger men know exactly what they are looking for in life. They may well have been through long-term relationships or marriages that ended acrimoniously and are ready to embrace the possibilities of an exciting new future.

Age-gap websites offer chat room facilities where site users can introduce themselves to a cross-section of interesting and exciting individuals. They can participate in group discussions about a range of topics relating to sex and relationships. Or they can break away from the communal chat to indulge in more intimate one-on-one conversations.

Cougar women will have grown tired of middle-aged husbands who preferred early bedtimes to prepare for morning golf rounds than hours of passion through the night. If you’re lucky enough to be a young cub that an older rich vixen has set her eyes on, you are in for the time of your life! As well as seeking someone who’ll be able to satisfy her desires, she may well be eager to spoil you. Money won’t be an issue, either through regular alimony payments from her ex or the successful business she might have been running for some time.

Older women will have had considerable experience of sexy relationships, so they’ll know what they like and where they can go to get it! When it comes to cougar dating sites, they’ll appreciate how the inbuilt algorithms will be able to help them pinpoint other site users who tick their boxes. The details submitted by younger guys registering to become members can be analyzed by software that will highlight those individuals whose aspirations and tastes seem to match. The cougars can then sift through these suggested shortlists of appropriate partners, deciding which of the young males to get in touch with first.

Reasons why young men are crazy about older women

Young men will undoubtedly have grown sick and tired of relationships with flighty girls their age. When people are young and immature, there can be a temptation to be flippant where courtship is concerned. The default position might be to play mind games with a male who appears interested, so the girl ends up stringing him along or playing hard to get. With seniors, there’s far more emphasis on being honest and revealing true feelings. Again, these ladies will have become disillusioned by the negative behaviour of their ex-partners and will be eager to draw a line on the past and start afresh.

For young men, there is something so irresistible to cougars. Unlike girls in nightclubs who sometimes over-indulge in alcohol and will throw themselves at anyone they fancy, older women love to play it cool. This represents something of a challenge for their young suitors. Mature females know how to present themselves in their best light. Instead of going for the obvious options of short skirts and tight tops, they’ll be inclined to go for suggestiveness rather than blatantly showing off their assets.

Any guy hoping to make an impression needs to up his game. He might have grown used to banal conversations about chart music, fast food, or reality TV with his female peers. Still, older women will be looking for more intelligent conversation topics. They might not be ready to settle down into another long-term relationship anytime soon, so they’ll be weighing up their options. The young guy a cougar is interacting with online must appear to be eager to get to know her better. If he makes it obvious that he is assuming his older partner will simply be grateful for the attention, then this isn’t going to go any further.

A good piece of advice for a young guy looking to impress would be to think carefully about the best places to invite a cougar for a night out. There’s no point assuming that just because she’s a certain age, she’s going to start losing interest in enjoying a vibrant nightlife. On the contrary. Women of a certain age relish clubbing. They’ll love the exuberance of letting their hair down and getting lost in the music the DJ is spinning. This is another way for them to claim back the years they’ve lost by being tied to their dull and unimaginative ex. Now they’ll be ready to make up for the lost time.

What Is a Garnishment

Why not think of ways to introduce your new partner to your friends socially? A terrific idea might be to throw a themed Halloween party. You could even take this a step further and make it a fancy dress affair. This would allow you to pay homage to those classic Hollywood vamps mentioned at the outset, sensual older females oozing class and sensuality from every pore of their fabulous dresses, from their voluptuous cleavages to their scandalously high heels. Age gap partnerships are red hot with passion!

10 Assignment Writing Mistakes You Should Avoid