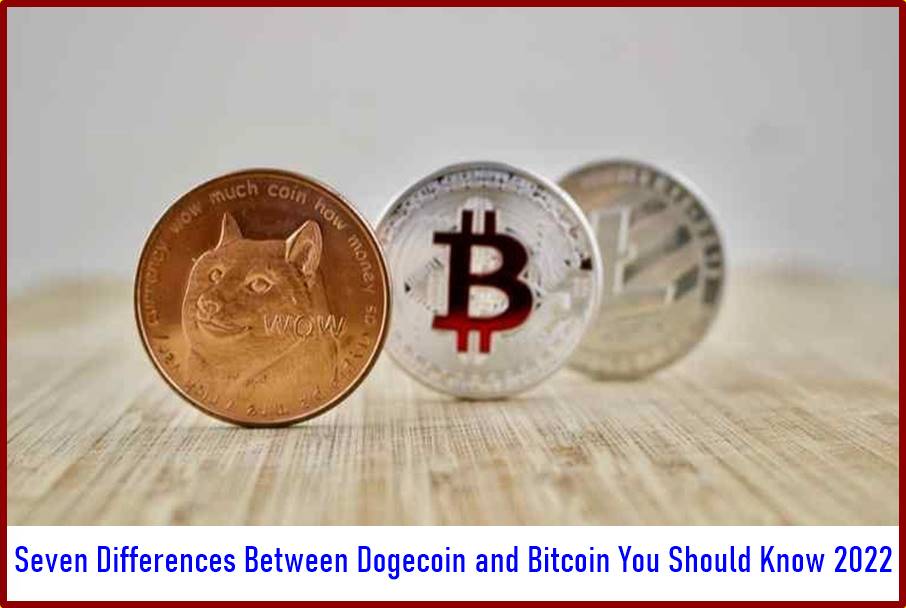 Since the first-ever digital coin was launched in 2009, the market has been abuzz with it. And as various other digital tokens kept launching in the market, the chatter around cryptocurrencies grew at an all-time high. While everyone has heard about Bitcoin, the first digital token launched in 2009, not many have heard about Dogecoin. Bitcoin, the first coin, was launched with the aim to revolutionize the global financial system, while Dogecoin was launched as a joke. Dogecoin was actually created to poke fun at the fast-growing list of altcoins that were created after Bitcoin.

But due to the sudden social media support, Dogecoin received, its valuation saw a spectacular rise. Ever since Dogecoin started trending and received support from some top celebrities, its demand and popularity saw an unprecedented increase. In fact, it made many investors buy Dogecoin in India. But does it mean Dogecoin is at par with Bitcoin, or you can use one as the substitute for the other? Well, to understand it, you will have to clearly understand the difference between the two. So let’s head straight to the differences between Dogecoin and Bitcoin.

The primary difference between these two coins is their purpose of launch. Bitcoin was launched in 2009 along with a well-detailed whitepaper that highlighted how this digital coin aims to become a notable and widely used decentralized digital currency. Though it did not receive much acceptance in the initial years, many institutional and retail investors later started to accept it, increasing its valuation and demand worldwide.

Today, many top brands and celebrities accept Bitcoin as a genuine mode of payment. On the other hand, the meme-inspired digital coin, Dogecoin was only launched as a joke. Since it had no other purpose than to poke fun at altcoins, its store of value was also significantly lesser than Bitcoin.

Bitcoin made it clear during its initial years that only 21 million Bitcoins will be mined, so the market supply can never exceed 21 million. This cap on a coin made Bitcoin have a built-in scarcity, which makes it valuable. But if you check Dogecoin, its creators have put a cap on its production, which also makes this coin inflationary. It is believed that around 5 billion Dogecoins are minted and launched in the market on an annual basis. When a coin’s supply is unlimited, its value has a high chance to the tank.

However, Bitcoin is the only digital token that has firmly stood at the top spot for years. So if you wish to sell your Dogecoin for Bitcoin, you can either directly trade these two coins or you can first convert Doge to INR and then purchase Bitcoin using your fiat currency, i.e., Indian rupee.

What keeps Bitcoin atop of other cryptocurrencies is its well-funded ecosystem. It is something that very few cryptocurrencies have. Unfortunately, Dogecoin doesn’t have the kind of support in terms of a top-notch development team, funding, roadmap, etc., which puts it on the back foot. A quick look at Dogecoin’s history will show you that the coin didn’t receive any upgrade for a few continuous years in a row, while Bitcoin’s creators kept working to improve the coin’s store value. If the market falls at a future date, Bitcoin will have an ecosystem to rely on and pick up with time, but the same cannot be said for Dogecoin.

6. Celebrities Vouching for the Coins

Crypto enthusiasts must be aware that Dogecoin’s popularity hit the roof when Elon Musk tweeted in its favor. So it is actually safe to assume that celebrities backing digital currencies and openly talking in their favor does have a direct impact on the coin’s prices. Besides Elok Musk, Dogecoin has received support from celebrities like Ben Philips, Rapper Lil’ Yachty, etc. On the other hand, Bitcoin has people like Jack Dorsey, Mike Tyson, Mark Cuban, and various others on its side.

While the two digital currencies use Proof-of-Work (POW) consensus method to mint coins, their encryption models are different. Bitcoin uses the state-of-the-art encryption method, namely, the SHA-256 standard. It was established by the NSA of the United States, so you can understand how secure it is. Dogecoin, on the other hand, uses Scrypt encryption. This hash standard was first popularized by Litecoin, and Dogecoin’s creators preferred to go ahead with it instead of other options.

Now that you possess a clear understanding of both digital currencies, you’ll be in a position to make informed crypto investment decisions. But irrespective of the digital coin you prefer to buy, always conduct transactions via reliable crypto exchange platforms.

Seven Differences Between Dogecoin and Bitcoin You Should Know