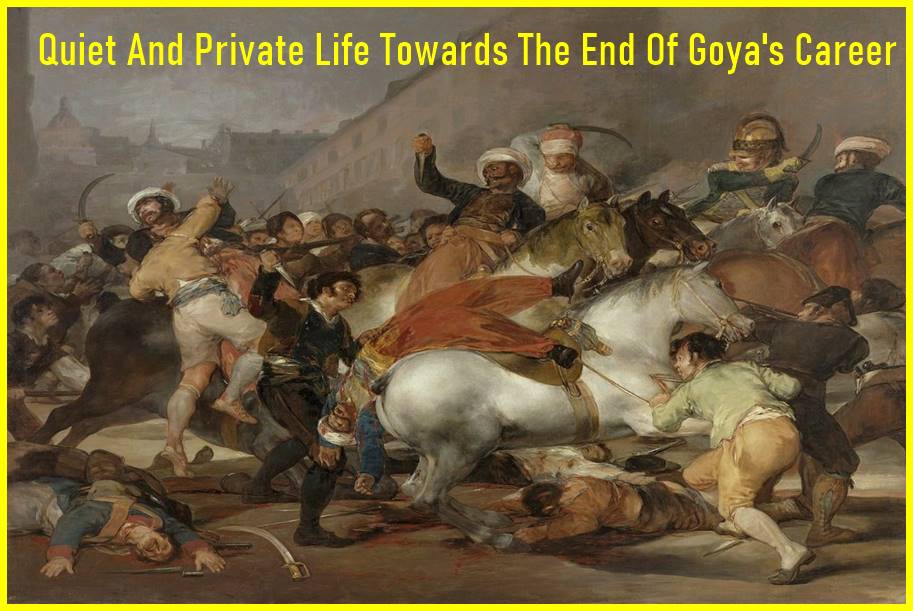 Francisco de Goya was one of the key figures in Spanish painting and redefined modern art in his way. His superior skills sincerely made figurative painting, portrait art, and printmaking documentation even more beautiful.

Many art critics claim that Goya’s art presentation was way more captivating than the authentic images and subjects he chose for painting. Popularly known as the father of modern art and widely famous as the last of the old masters, he embarked on his great position in art history.

He was known as the father of Modern art, and paintings by artist Francisco Goya prove why people admired him so much. Tap into this quirky segment to know more about Francisco de Goya, his artworks, and what made him an introvert in his later life.

Francis de Goya was artistic excellence who began his art journey very young. As a teenager, he took initial steps toward learning art and spent a lot of time in Rome and Italy to polish his portraiture skills. Then, in 1770, he got his first job at the Spanish Royal court, and many of his artworks were commissioned for noblemen in society.

He idealized Raphael Meng, a famous artist who worked for the Spanish royalty. Rome being the cultural capital of Europe, intrigued Goya to try his artistic talents on the city’s classical antiquity. But, securing a job as a painter at that time was not as easy as it is now.

Goya was the designated painter for King Charles III. There was something iconic and delusional in Francisco Goya art. His work entailed the core feelings of political protests and, at the same time, had emotional and social outcomes and ideas running parallel. Not just social and political art was his forte, but he had an established love for romanticism too.

In 1783, Goya was asked to commission the portrait at the Count of Floridablanca. He then became friends with King’s half-brother Luis. The expanding closeness with the elites bought him opportunities to paint for the royalties and monarchs of his time. Afterward, he exclusively painted for famous and eminent people of society.

Until 1792, everything was excellent for Goya in terms of well-being and at the professional forefront. But, after that, Francisco Goya caught some illness, and no one till today knows what it was exactly. Although he recovered from the illness, he lost his sense of hearing. Goya became deaf after that, significantly affecting his art career.

His perception of art was also twisted, and he adapted paintings featuring monsters, lunatics, and glimpses of the worldview at the time. As his age progressed, he became more paranoid and pessimistic. There was a drastic change in his persona, from being an extrovert to suddenly being an introvert; his illness swayed away every charm he had.

He switched his interests in evil spirits, opted for sketching prints, and eliminated large canvases. Goya was greatly affected by the peninsula between France and Spain, apart from his illness. However, he did paint his thoughts on this intense matter.

The Second of May 1808 and The Third of May 1808 are dark and evocative examples from his Disasters of War print series. These illustrate different atrocities that were experienced on either side of the war. The brunt of violence and its effects left Goya exasperated, and these visuals are elaborated on in his paintings.

A Quiet and Private Life in his Later Life

Some circumstances bring a lifetime change in a man’s life, such as Goya’s illness. The repercussions of this unexpected and untimely illness made Goya a loner. He became an introvert and minimized his interactions with people.

He even withdrew himself and his artwork from showcasing it to the people. Most of his work was kept hidden from the outside world. He allowed no one to come near him and went into a zone of privacy. The only person authorized to take care of him or take a sneak peek of Goya was a distant relative.

This time, Goya made some portraits of two women entitled Josefa Bayeu and Leocadia Weiss. His other milestone was to finish 14 black paintings, and all of these 14 were done with direct application of oil paints on the plaster walls of his house. However, he was never the person who exemplified even such beautiful masterpieces, neither in his writings nor in exhibitions.

Yet another exceptional artistic talent that he possessed was “imitating his teacher’s stamp.” Goya was a master of imitating stamps and had that extraordinary birth gift to copy the work of any great master. Some works that inspired him to do the same were from top-notch artists like Diego Rodriguez and Rembrandt Van Rijn.

Francis Goya, The First Artist To Paint a Nude Woman

The 1790s painting styles were not very broad-minded, and painters chose to try their hands on mythologies in nude painting. But, Goya was the first Romanticism painter who painted a naked human and a depiction of a woman.

This was a step ahead in that generation as it led to breaking all stereotypes through art as its medium. The Nude Maja was painted for Manuel de Godoy, a famous nobleman. There were rumors of Goya having an affair with the Duchess of Alba.

Many believe that this painting was an admiration of Goya about her. It is one of the most famous Goya artwork. Other paintings by artist Francisco like The Execution, painted in 1814, are also world-class icons that showcase Goya’s exceptional artistic knacks.

Know more about Francisco Goya’s art and check paintings by Francisco through online art websites. These are real oil-on-canvas that any admirer would love to have a frame.