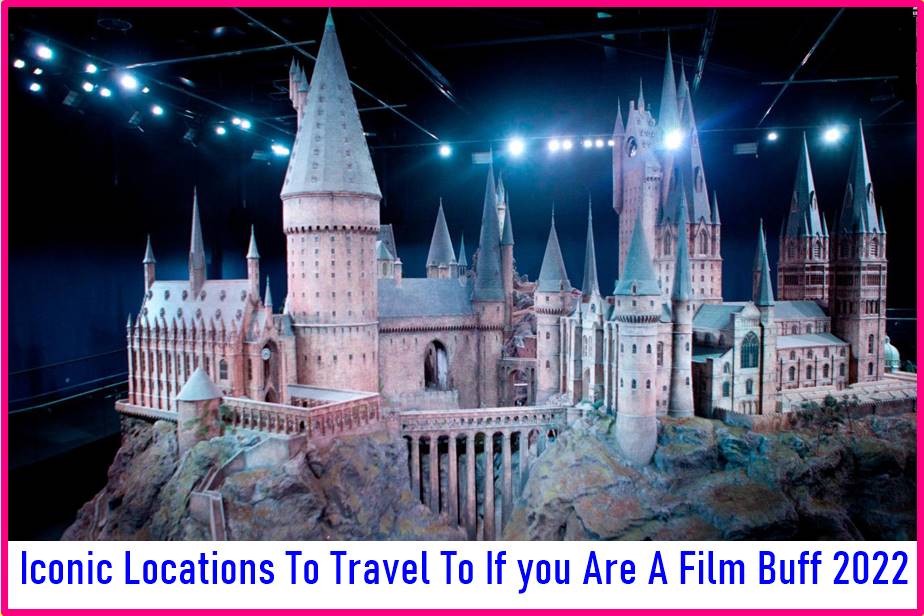 Many of us love watching films. Not only are they a form of entertainment, but also a form of art. They help us while away the hours and relax, they inspire us to reach for our dreams or to create new ones, and they make us long to travel to far-flung places and experience the lives of the characters. Well, if you’re a film buff who also happens to love to travel, walking in the footsteps of the characters in your favorite movies is actually a viable option! Join us as we take a look at a few iconic movie locations; who knows, maybe your favorite film will make the list!

Call Me By Your Name- Northern Italy

As the film opens, we are informed that the adventure of first love and heartbreak that we are about to embark on will take place somewhere in Northern Italy. I believe that this failure to mention the exact location was a decision by the author of the book on which the film was based, allowing the watcher or reader to create somewhere entirely new rather than draw from images of an actual place. Poetic though that may be, somewhere in northern Italy had to be an actual film location.

The exquisite villa where most of the film takes place is actually Palazzo Albergoni, in Moscazzano. Any fan of the film will remember the gorgeous breakfast table laid outside in the shade, the dinner table laid beneath curling vines, and the many vast and echoing rooms of the house where love unfolded. While this villa is, in reality, a private residence, you can experience the exquisite country roads of Moscassano as well as the Piazza Del Duomo in Crema.

If you want to visit the waters where Elio and Oliver splash joyfully after seeing the ancient remains of a beautiful statue, you can head down to Jamaica Beach in Sirmione. The water is clear and warm, and the sands are just begging you to relax. Most of these locations are very close to Milan, so any lover of the film can experience the quintessential Italian countryside as well as indulge in the luxuries of Milan.

Only Lovers Left Alive-Detroit and Tangiers

This iconic vampire film, starring the ethereal Tom Hiddleston and Tilda Swinton as an ancient vampire couple, is shot in some incredible locations. The film’s principal location of Detroit, in Michigan, USA, is not what most people would describe as a traveler’s dream. Adam’s home in an uninhabited wasteland outside of the city is dark and haunting. The filming for all of the home scenes was done in Brush Park, Detroit. If you’re traveling to Detroit any time soon, you may get a glimpse of the house.

You can visit the Michigan Theater, a grand old lady who has fallen apart at the seams; it is featured in the film on Adam and Eve’s tour of the nighttime Detroit sights. The theater’s exquisite bones are still visible; they conjure up images of decadent, old-world glamour and sparkling evenings where the ladies and gents of Michigan came out in their finest. The locations used in the film really speak to the ambiance it aims to create; ancient and changed but still glorious and exquisite.

The filming of Eve in her natural habitat took place in Tangiers in Morocco. Since the film is set entirely at night, the narrow, ancient streets and facades are given a haunting, washed-out quality by the black sky and harsh street lights. Tangiers is exquisite any time of the day, but Adam and Eve’s nighttime walk through the city is one I would love to take.

Vicky Cristina Barcelona has to be one of the most travel-lust-inducing films ever made. Woody Allen’s genius comes through in the film’s pale, warm patina, its intricate web of characters, and in the dialogue, of course, but also in the locations. Instead of going for the glitz and glam of the big city, Allen instead crafted a masterpiece using the old-world charm of Spain’s countryside, villas, and attractions. Gaudi’s work features prominently in the film. Any traveler may feast their eyes on the masterpieces in Barcelona, the Sagrada Familia. It is probably one of the most well-known architectural attractions in the world, and it is entirely unique.

The girls also visit Casa Mila, another of Gaudi’s wonders. They stroll along the rooftop of humanoid shapes and drink in history. You can visit the Fundació Antoni Tàpies, the gallery where the girls first see Juan Antonio and take in some modern art. You can stop off at the Can Travi Nou, where Vicky and Cristina spend an evening falling in love with Spanish guitar playing, wine, and food. It’s a traditional Catalan farmhouse that will no doubt enchant your senses.

You can take the same journey that the trio does, to Oviedo, which is the capital of Asturias in northern Spain. Like many places in Spain, Oviedo has a rich architectural history and is well worth a sightseeing visit. One of the film’s most charming locations is undoubtedly the old theme park in Tibidabo. It opened in 1905 and is among the oldest functioning theme parks in the world. The park is home to more than 40 mechanical figures from both the 19th and 20th centuries.

Films can only transport you so far, but if you can travel to some of these locations, you’ll be able to say that you walked in the footsteps of your favorite characters.

How Do Matchmaking Algorithms Work in the Dating Niche

Iconic Locations To Travel To If you Are A Film Buff