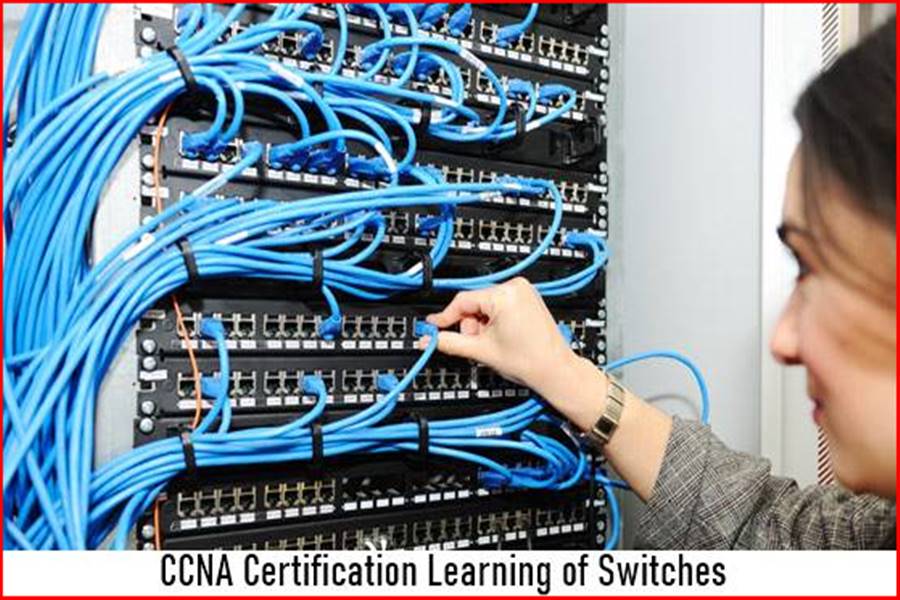 The switch is a 2-layer device applied in the switched network. It realizes the functions of address learning and frame forwarding according to the hardware address on the data frame. It has six working principles, which are detailed as follows.

1. Learning based on source MAC address.

At the beginning, the switch does not know which interface the corresponding destination MAC address will be sent from, so it has to send the address from many other interfaces, but this is not appropriate every time, which will occupy the bandwidth of the network. Therefore, every time a data frame is received, the switch will record the interface receiving the frame and the source MAC address in the frame, and correspond them.

2. Forwarding based on destination MAC address.

This situation may be hard to imagine at the moment. Take a look at the following topology.

When multiple devices are connected to the switch through a hub, the data will be forwarded between these devices. Due to the simple characteristics of the hub, the hub will also send the data to the switch, so it is possible for the same interface of the switch to learn multiple MAC addresses.

4. The same MAC address Link for more is learned by multiple interfaces, and the later-interface should be selected.

5. When receiving the broadcast / multicast frame, the switch will forward it to all other interfaces of this VLAN.

When receiving a frame whose destination address is broadcast or multicast address, the switch will flood the frame from all interfaces except the receiving interface. If VLAN strategy is deployed, it will be forwarded to all interfaces belonging to the same VLAN.

6. For frames without destination MAC address entries, the switch forwards them to all other interfaces of this VLAN.

Some frames may have no destination MAC address. In this case, the switch’s strategy is to forward this frame according to the strategy of broadcast or multicast frame.

In conclusion, as a 2-layer device, the switch works at the data link layer and is responsible for forwarding data frames. While forwarding frames, it will also go through a learning process, so that it can have clear targets in the process of forwarding frames later, instead of always using flooding to waste bandwidth.

What is the Average Salary of Cisco CCIE?