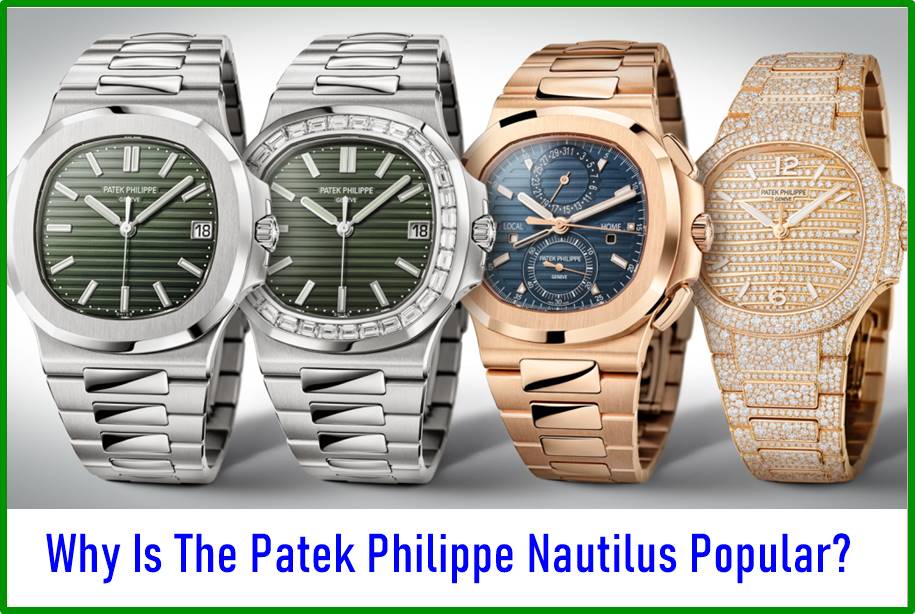 If you’re a true watch enthusiast then you’ve probably heard of the Patek Philippe Nautilus. If you have one already, then you’re one of the lucky few. It is said to be the most desirable luxury sports watch. And now that it’s discontinued makes it more in demand. Many people are still hoping that Patek Philippe will bring the popular model back again. But you may have to wait a little while longer if you want to have it. But if you can’t wait, you can always go to the secondary market. But you need to have lots of money though because the prices of second-hand Nautilus are astronomical.

Before the Patek Philippe Nautilus was discontinued, customers had to wait for up to 10 years before they could get their hands on the watch. And the weird thing is people don’t care. They just want to have the watch. That’s how popular it is. But it actually became a problem for the company because they simply can’t keep up with the demand.

They even raised the retail price by 20% back in 2018 to discourage demand but it didn’t work. And there are also people who are willing to pay more than double the retail price on the secondary market for the Nautilus.

So why is the Nautilus so popular? There are many factors in play here. The first one is the quality of the watch. The Patek Philippe brand has always been associated with quality timepieces. Their watches are known not only for their attractive designs but also because they are well-constructed. Experts spent months and even years making a single Patek Philippe watch. The company also has exceptional quality control standards.

The watch is also popular because it’s scarce. Simple law of supply and demand at work. Patek Philippe won’t say how many watches they produce every year. But it’s estimated that it’s between 50,000 to 70,000. About 75% of that have mechanical movements while the rest are quartz. The company has around 246 models. So this means that

t each model is produced in limited quantities only. So the Nautilus is really scarce, to begin with. For sure, you won’t find any waiting for you when you visit your local dealer. But of course, it’s a deliberate strategy by Patek Philippe. And because of that strategy, they were able to protect the value of their brand.

So having the Nautilus on your wristwatch signifies that you’re a refined and sophisticated person. The watch can certainly elevate your status even if you’re among the elites already. And the difference between the Nautilus and other brands such as Rolex for example is that the former is understated. If you’re wearing a Rolex, most people would recognize your watch. But if you’re wearing a Patek Philippe Nautilus, only the well-informed will recognize it.

Where So Many People Have The Belief To Become

8 Reasons behind the Popularity of Super Green Malay Kratom

Top Reasons to Invest in Plantation Shutters for Your Home

What are the advantages of zero net energy building?