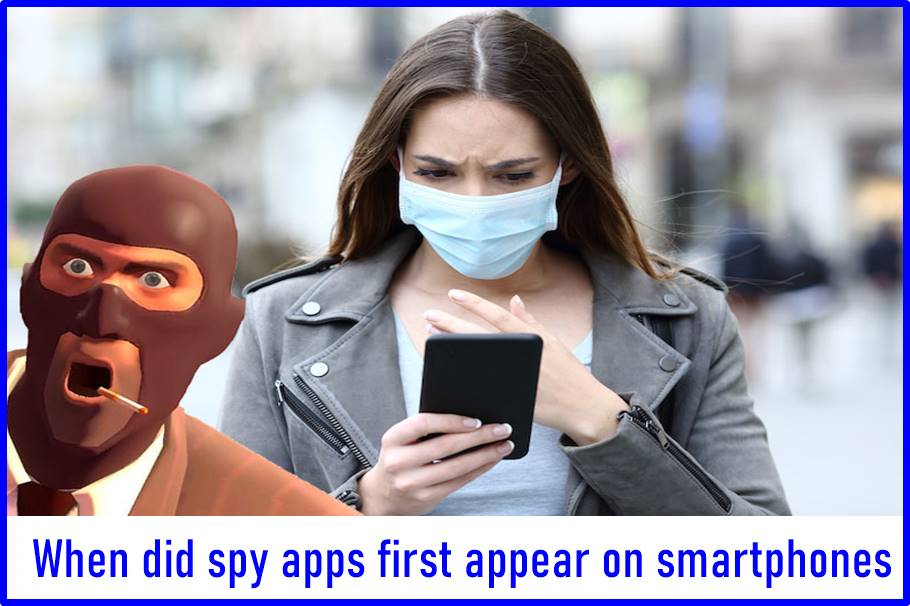 Smartphones have come a long way since their inception. In fact, spy apps first appeared on smartphones shortly after they were released to the public. At first, these apps were used primarily for personal reasons – people wanted to keep track of their loved ones or ensure that they weren’t being cheated on. But as time has passed, spy apps have become more and more popular among business owners. Today, there are dozens of different spy apps available, each with its own unique set of features. So how did these apps come to be? Cellspyaustralia has done the research, so, let’s take a look at the history of spy apps!

What are spy apps?

Spy apps are mobile applications that allow users to track the activities of another person. This can include their location, phone calls, text messages, and even social media activity. Most spy apps require some form of physical access to the target device, though there are a few that can be installed remotely. Once installed, these apps typically run in the background, undetected by the user.

The first generation of spy apps appeared on smartphones in the early 2000s. These apps were designed to be installed on a person’s phone without their knowledge. Once installed, these apps would allow users to secretly monitor the activity of another person’s smartphone.

The first spy app was released in 2003 by a company called FlexiSPY. At the time, FlexiSPY was one of the only companies offering this type of product. Their app allowed users to secretly record phone calls and read text messages. It also had a GPS tracking feature that could be used to track the location of the target phone.

FlexiSPY was not the only company offering spy apps for smartphones, but it was one of the first. In the years that followed, other companies released their own versions of these apps. Some of these apps were more sophisticated than others, but they all shared one common goal: to give users the ability to secretly monitor the activity of another person’s smartphone.

One of the next-generation apps was mSpy. mSpy was designed to be a more user-friendly and affordable option for those who wanted to spy on someone’s smartphone. It offered many of the same features as FlexiSPY, but it was also much easier to use.

Today, there are dozens of different spy apps available on the market. Some of these apps are designed for specific purposes, such as monitoring children or employees. Others are more general-purpose and can be used for a variety of different reasons. But no matter what their purpose is, they all share one common goal: to give users the ability to secretly monitor the activity of another person’s smartphone.

– Spy apps are used to track and monitor the activity of another person.

– They are often used by parents to track their children’s activity, or by employers to monitor employee activity.

– Spy apps can be installed on a phone without the user’s knowledge, and can be used to track calls, texts, and social media activity.

– Spy apps can be used for both good and bad purposes, and it is important to be aware of the potential risks before using one.

If you are considering using a spy app, there are a few things you should keep in mind. First, make sure you have a legitimate reason for doing so. Second, consider the potential risks and rewards of using such an app. And third, be sure to choose a reputable and trustworthy app.

Spy apps can be incredibly useful tools, but they can also be misused. If you are not careful, you could end up doing more harm than good. Choose wisely, and use spy apps responsibly.

The main reasons to get a spy app

Reasons to use spy apps vary depending on the person. Some people use them for good reasons, such as keeping tabs on a cheating spouse or monitoring their child’s phone usage. Others use them for more nefarious purposes, such as stealing sensitive information or tracking someone without their knowledge.

No matter what your reason is for using a spy app, it is important to be aware of the potential risks and rewards before you proceed. Spy apps can be incredibly useful tools, but they can also be misused. If you are not careful, you could end up doing more harm than good. Choose wisely, and use spy apps responsibly.

Overall, spy apps have come a long way since they first appeared on smartphones. They offer a variety of features and benefits, but they also come with some risks. Be sure to weigh the pros and cons carefully before you decide to use one. And if you do use a spy app, be sure to use it responsibly. With great power comes great responsibility, after all. Thanks for reading! I hope this article was informative and helpful. Until next time!

A: It depends on the country you’re in and how you use the app. In general, however, most spy apps are legal as long as they are used for legitimate purposes.

A: If you use the app responsibly, there is very little risk of getting caught. However, if you abuse the app or use it for illegal purposes, you could face some serious consequences.

Q: What are some of the risks of using a spy app?

A: One of the biggest risks is that your phone could be compromised if the app is not used properly. Another risk is that you could be caught and face legal consequences if you use the app for illegal purposes.

Q: What are some of the benefits of using a spy app?

A: Spy apps can be beneficial if used correctly. They can help you keep track of your children’s activities, monitor employees, and even catch a cheating spouse.

If you’re considering using a spy app, be sure to do your research to ensure that you’re using a reputable app from a reliable company. And always use the app responsibly to avoid any legal or personal consequences.

The Simple Formula for Success in Study