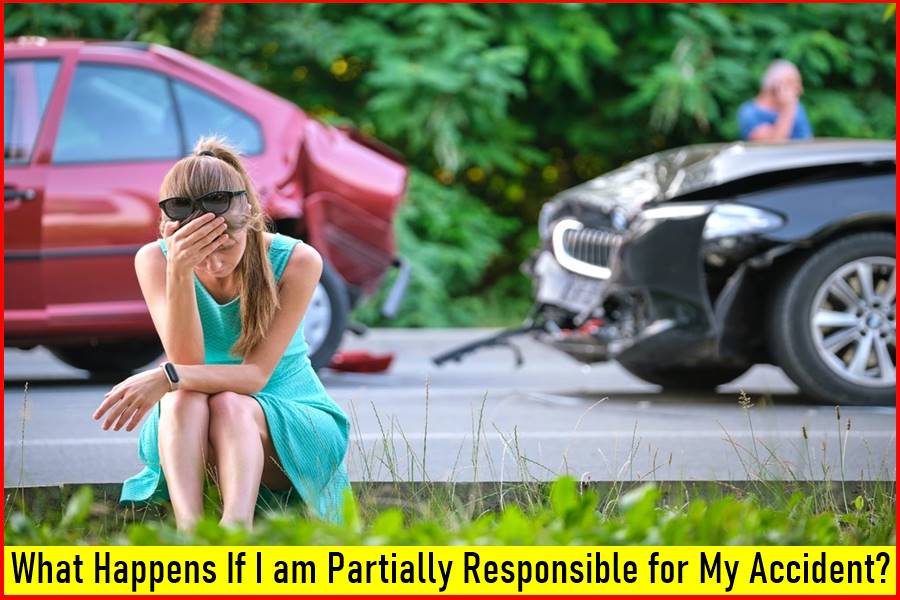 Getting involved in a car accident is no fun; you have to deal with possible physical injuries, not to mention the insurance companies involved and their adjusters. However, things can get a little complicated if you’re partially responsible for the accident.

Determining the extent of your culpability (and how much damages) you may be entitled to will require examining several factors. For more about this, you can get the info here.

Usually, the responsibility for determining the at-fault party lies with the insurance companies from whom the involved drivers purchased their coverage. Both you and the other driver will be assigned a percentage denoting the extent of your fault. The actions (or lack thereof) of each driver in the moments leading up to the accident are crucial in the overall outcome of determining fault.

A claims adjuster from the insurance company will be put in charge of determining the driver’s extent of responsibility based on all the facts and circumstances surrounding the accident.

It’s crucial to remember that insurance adjusters don’t simply determine fault arbitrarily. They must follow the laws and regulations set forth by the jurisdiction in which the accident occurred. These laws, known as negligence laws, lay out how the adjuster should approach each situation and what criteria they can use in the process of determining fault.

I) Contributory negligence: This is a concept that states that an at-fault party that sustained injuries is not entitled to any damages. It is a hallmark of negligence laws of the past. It is still in use in some states, although most other jurisdictions have abandoned it.

ii) Comparative negligence: This is the concept of negligence laws most people are familiar with. It apportions blame for the accident according to how much each party is believed to have contributed to it. An injured party that is deemed partially responsible for an accident can expect to receive damages to the extent to which they’re not at fault. For example, if the adjusters determine that the victim is forty percent responsible for the accident, such a victim can expect sixty percent of payable damages. This is known as pure comparative negligence.

Proportional comparative negligence is very similar; however, it requires culpability to a certain degree before damages are even considered. For example, some jurisdictions require that the non-victim be at least fifty one percent culpable before damages can be considered for the injured party.

In some states, each party files a claim with their insurance company after a car accident. The injured party is entitled to damages from their insurance provider up to a certain limit as determined by law. This is known as “no-fault.”

Many states are “fault” states, meaning that the at-fault driver incurs the cost of damages payable to the victim using their liability insurance. These damages typically include the medical bills related to the victim’s injuries, lost income, and things like vehicle damage.

PIP auto insurance is a type of coverage that assists the driver with paying for their damaged car or property, injuries sustained, and medical costs irrespective of their culpability in the accident. This type of auto insurance is ideal for people that live in states where the negligence laws may be unfavorable. It provides a cushion for the injured party in case the at-fault party cannot be held accountable for their actions. What Happens If I am Partially Responsible for My Accident

All such laws and types of insurance policies will greatly determine how an insurance adjuster calculates the extent of blame placed on each party in an accident.

The nature of accidents is such that sometimes there is no clear evidence to corroborate any party’s side of the story. The most reliable account could come from eyewitnesses present during the time of the accident. That’s why witnesses can be crucial in certain accident cases.

If possible, interview witnesses immediately after the accident to clear up any issues. If you’ve retained an attorney, they can help you follow up by gathering the necessary witness statements. Ideally, sober bystanders make the best witnesses.

What if the Claims Adjuster Wants a Recorded Statement?

It’s crucial to remember that insurance companies would rather avoid paying out any claims if they can. As such, they’ll do everything in their power to increase the likelihood of this happening. If it means using underhanded tactics to arm-wrestle you into admitting guilt, they’ll do it.

The adjuster might try to cajole you into making a statement on the record admitting your responsibility for the accident. You’re not obligated to speak with the adjuster immediately after the accident, at least not without legal representation.

Ultimately, being partially responsible for your accident (and subsequent damages or injuries) could mean you lose a significant portion of any potential damages paid out.

6 Mistakes to Avoid When Redoing Your Kitchen Space