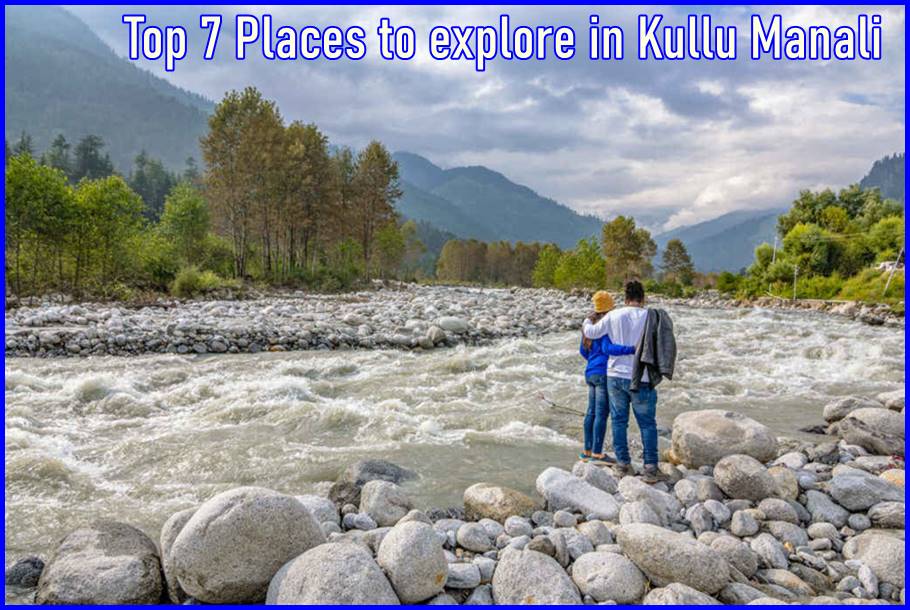 Kullu, the “Nature Lover’s Paradise,” is famous for its attractive open valley, which provides stunning views of the surrounding mountains. Kully, perched at 1,230 meters above sea level and surrounded by dense deodar and pine forests, has a moderate temperature, clear river streams, and rich vegetation. So, if you’re looking for a spot to get away from it all while being close to nature, Kullu is it.

If you’re thinking about going to Manali, you should list all the possible treks and side trips you may do. Once you’ve seen these, you’ll know where you need to go! Whether you’re on vacation with your loved ones or on a business trip, Kullu offers a lot.  Thrillophilia’s Kullu Manali Packages should be included in your  tour itinerary for a rejuvenating and enjoyable vacation:

It’s a UNESCO World Heritage Site and one of the world’s most beautiful national parks.

Sainj Valley, Tirthan Valley, Jiwa Nal Valley, and the Parvati Valley are among the park’s four valley namesakes. The Great Himalayan National Park is a popular tourist destination in Kullu. As one of Kullu’s must-see attractions, the National Park is also a great spot to rest and unwind. Visiting Kullu in May is a great way to see the region’s timeless beauty.

One of Kullu’s most popular tourist attractions, Raghunath Temple, is surrounded by beautiful nature. People also think that the idol of Lord Raghunath installed within the temple is claimed to be the same one that he used according to an ancient narrative. This temple, one of the oldest in the Kullu Valley, is well-known among the residents and visitors for its beauty and historical significance.

Famous Kullu landmarks include the Bijli Mahadev Temple. Everything about this temple, from the legendary lightning, strikes to the massive Shiva building to the strange surroundings to some of Kullu’s most incredible scenery, is fascinating. According to legend, the temple holds a Shiva Linga split in two by lightning and is eventually reassembled by a temple priest using melted butter. Pine trees line the path to the temple, which You may reach after a three-kilometre journey.

In Himachal Pradesh’s Mandi district, Pandoh Dam is an embankment dam that is as beautiful as functional. One of Kullu’s most famous artificial lakes is produced by the dam, which attracts many tourists to the town. A dam’s water flow is a stunning sight that refreshes one’s eyes in the best possible way. Take advantage of the lower lake bed’s white-water rafting as well.

People from both Sikh and Hindu faiths travel to Manikaran, located in the Parvati Valley since it is a popular pilgrimage site. Tourists from all over the world come to visit the hot springs, religious sites, and scenic surroundings. Sikhs believe Guru Nanak Ji accomplished several miracles, while Hindus believe that Lord Shiva and Goddess Parvati spent over 1100 years at this popular Kullu tourist destination. Sikh mentions this Gurudwara in his ‘Twelfth Guru Khalsa,’ which heightens its significance for its adherents.

Friendship Peak is one of the many spots to visit in Kullu and Manali, known for its numerous hiking options. In Himachal Pradesh’s Pir Panjal Range, the 5,289-meter-high Friendship Peak watches over the picturesque Solang Valley, alpine meadows, dense woods, vibrant orchards, and gurgling streams. Trekking to it is a rewarding experience. Climbing to such a high height on thick snow and via glaciers and narrow ridges is also an exhilarating experience.

To Admire the Natural Beauty of Chandrakhani Pass

In Kullu, the Chandrakhani pass, located on the left side of the Beas River, is one of the most popular spots for tourists to visit. You’ll find lush farmland, thickets of evergreen, and rushing rivers in the valley. With mountains and valleys looming above it, the Chandrakhani pass is a popular destination for visitors who seek natural beauty and awe-inspiring views.