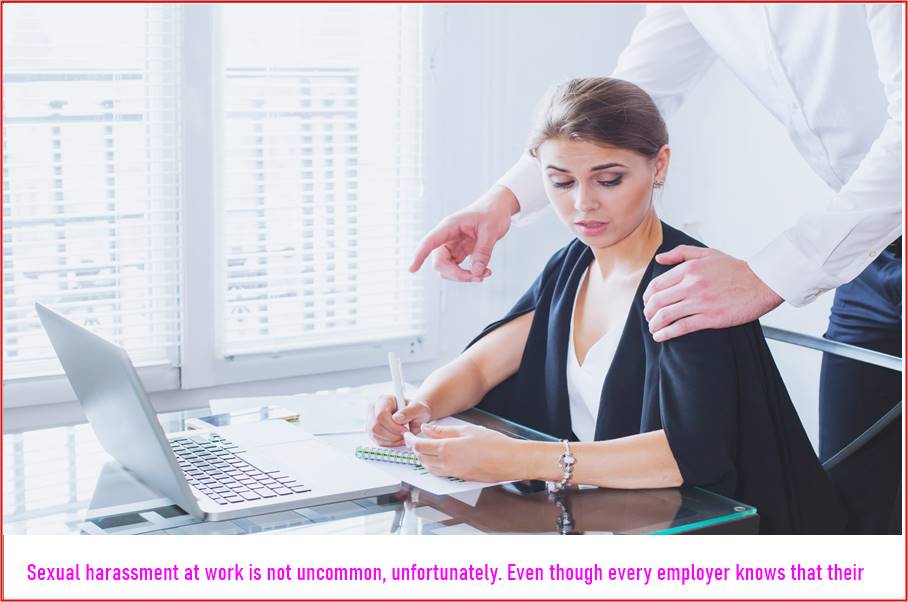 Sexual harassment at work is not uncommon, unfortunately. Even though every employer knows that their workers have the right to work in a safe and secure workplace, these things do still occur. This doesn’t make it alright and it is something that must be dealt with accordingly. Nobody should dread going to work because of unwanted sexual advances, or threats to their ability to work if they don’t tolerate these types of conditions.

Being harassed at work in this way can be quite traumatic and many women feel powerless to do anything about it. It involves knowing your rights so that you can make sure to stop the problem right away. In this article, we will go over what it takes to make sure you take back control when you are sexually harassed.

Before you can file a lawsuit against your employer for sexual harassment, you will need to make sure you are armed with a lot of evidence. Although an investigation will likely get started if you make an accusation, there is more of a chance of success if you have documentation that harassment occurred.

This involves keeping many detailed records to have a case against them. You will need to show that there has been an ongoing and concerted effort to harass you. There may even be some retaliatory measures that happened as a result of your refusal to play along with their sexual innuendos or worse.

When you can show that these things happened and there is a correlation then you have a case that any lawyer would be happy to take on since it is more likely to result in a win for them and justice for you.

Make copies of any SMS or email that have been sent to you that show their sexual harassment. If there was an incident then see if you can get a witness to corroborate that it happened. Any type of document that shows the incident should be preserved.

2 – Talk to your harasser

This advice doesn’t apply across the board since it is very difficult and sensitive to do so. However, the problem might be resolved if you were to talk to your harasser and explain that what they are doing is wrong and making you feel uncomfortable.

It could be that your harasser is insensitive and not even aware that their behavior is wrong and causing you problems. Make sure to send the message through an email so there is some proof of the interaction.

This may end the problem once things are cleared up. It is helpful to do this early on before it becomes a bigger issue later.

If you have exhausted all internal options before seeking legal damages then it is likely time to move on. If your issue has not been sufficiently dealt with and you are working in a hostile environment as a result then you will need to find another job while you let the legal process work its way out.

Are you looking for a dress to attend a party?