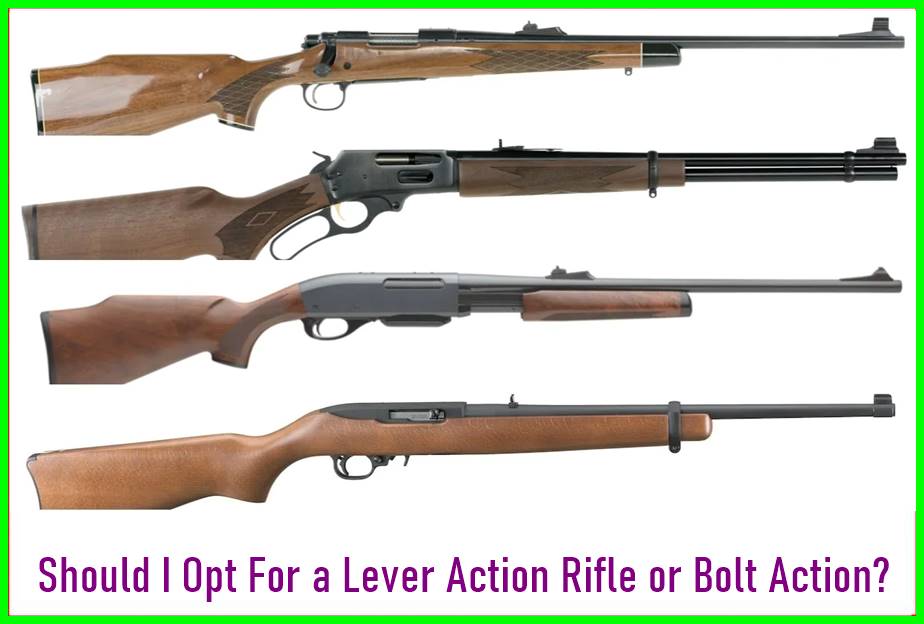 People can get pretty heated when talking about rifles, as it’s a subject that many Americans care greatly about. The design of any given type of weapon will determine not just how it looks, but also how it fires, loads and expels spent rounds. Whether talking about a lever action rifle or otherwise, the action provided defines the rifle.

The decision regarding whether you should go for bolt action or lever action will be guided by your intended use. So, in order to provide some clarity on the matter, we now look at both in isolation. The aim here is to help you understand how each design works, so you’re better informed when you choose.

There are people out there that see lever action weapons as representing the biggest and most notable contribution the US has had in the firearms sphere. Invented mid-way through the 19th century by the weapons giant that is Colt, lever action weapons changed the face of the industry.

In essence, it’s a relatively simple design where the lever is pulled, moving the bolt and firing pin towards the shoulder. This action throws out the spent cartridge, seamlessly drawing another into the chamber. Once the lever is returned to its original position, the new round is thrust forwards, reader for firing.

One of the great things about lever rifles is that they’re fast and offer perhaps the most reliable action around. Characterised by flat-sided receivers and stunted barrels, it makes them ideal for horseback hunting, as they can be moved easily out of a saddle holster.

So, what are the cons of the lever action rifle? Well, they can be tough to clean and their tubular magazines can cause issues with some pointed cartridges. The comparatively weak action also limits the owner to low-pressure rounds meaning that you’ll struggle to bring down large prey or kill cleanly from a distance.

Bolt action rifles came out around the same time the lever action variety, with the Prussian army first using them on a wide-scale basis. This remained the case until being replaced in 1872 by the iconic breech-loading Mauser rifle.

Again offering a basic, yet beautiful design, bolt action rifles feature a metal tube inside which is the firing mechanism. When the handle is pulled up and backwards, used rounds are ejected. Then pushing the handle forward and then down, the new round is forced into place.

Amongst the benefits include an ability to fire higher pressure rounds and a much larger effective range than its lever action counterpart. With this rifle, you’ll have no worries taking down bigger beasts.

So, What’s the Final Verdict?

So, given what we now know, what’s the final verdict? Is it a lever action rifle or a bolt action? Well, that very much depends. Should be wanting to go hunting for larger game, then you’re going to want to go for a bolt action. They’re more suitable for larger caliber rounds and you’ll not be spending hours cleaning your rifle afterwards.

However, if you’re after a weapon that’s reliable, good in the short range and you’ve got no issues with spending an afternoon cleaning your rifle after using it, then it’s a lever action weapon every time.

There you have it. What you do from this point is up to you.

What You Need to Know About the Main Coon Cat

How To Find The Right Truck Rims for Your Vehicle

Expert tips on how to select the best essay writing company