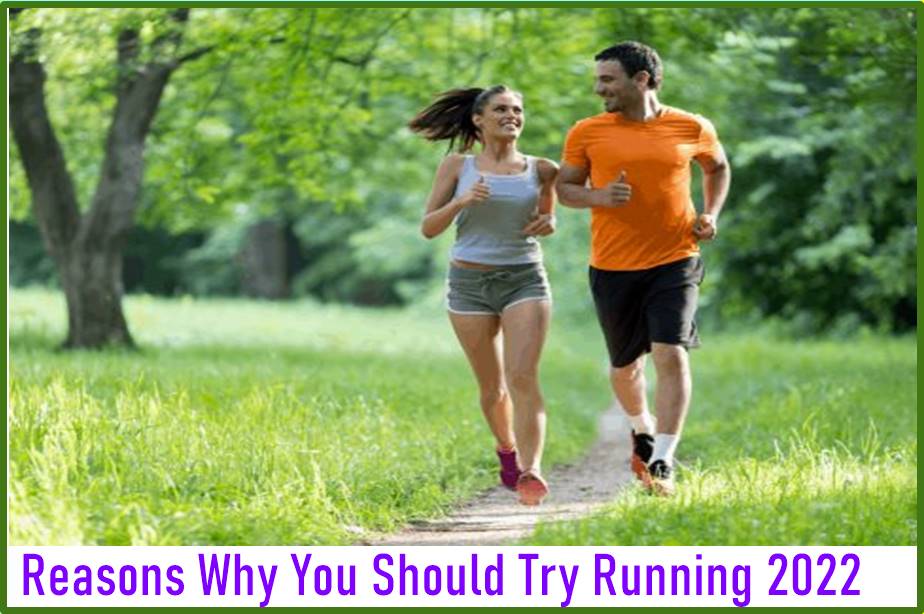 “I should start running more.” You’ve said it, we’ve all said it, but it seems that there is very little motivation for us to run. Some of the most common reasons against it are that it’s intimidating and very tiring. Well, of course, it’s very tiring because it’s a strenuous physical activity. As for the intimidation part, that only happens at the start. Yes, start. If you want to start running for better health, you should start immediately.

Don’t worry, though, as you start to run every day; you’ll soon see that it’s not very hard at all, and you might even see yourself becoming more motivated by increasing your running time or adding distance to your every day run. So why do people run as an exercise? Of course, because of its health benefits.

The best thing about running is that even if you only run for a few minutes or kilometers each day, there are still health benefits that you will experience once running becomes a habit. So what are these health benefits? We’ll be talking about them later on in this article but first, let’s distinguish the difference between jogging and running.

Running requires you to move most of the muscles in your body, and continue doing so, also constantly burns a lot of calories in your body. And not only that, even if you’re not running at your top speed, you are still burning a lot of calories, which is a good thing if you’re trying to lose weight. If you want to keep track of how many calories you’re burning each time you run, it would be better to remember that 100 calories are burned for every mile.

If you want to be more specific, you can multiply your body weight by .75, and you’ll get the total calories you are burning every after a run. Or you can install an app on your phone or wear a calorie-tracking device to keep track of your calories per mile as these products can make tracking much easier. However, we all can agree that losing weight is much easier than keeping them off.

Countless studies suggest that for six months, a person could lose significant weight. But also, in six to eighteen months, the weight could creep back in and can even be much more. That’s why if you don’t take up running, you have to keep doing it regularly even if you have lost the weight already.

There are no distinguishable differences between these two except for the amount of effort you have to exert. Running is more intense since you have to run at your top speed, which uses more kilojoules and demands more effort from your heart, muscles, and lungs. And not only that, running requires a higher level of fitness than jogging, that’s why it’s typical for people to try out jogging first.

So here are some health benefits you can get from running and pre-workouts. This is the best way for improve your health and fiteness.

It Adds Years to Your Life

It sounds untrue, but it’s not. There are a lot of studies that support the notion that running increases your lifespan. In a 2018 study, scientists suggested that people who regularly run have their mortality rate reduced to 25-30% compared to non-runners. Not only that, but you need to run at least once a week, at least regularly, no matter how long or how far.

If you’ve been stressed lately due to various reasons and are actively seeking things to alleviate your stress while keeping yourself healthy, running is a good option. It’s an aerobic exercise, and just like any form of exercise, it releases dopamine in our brain to make us feel happy.

Not only that, if you want to meditate but are not a fan of yoga, running is a good substitute because you can run while still focusing on your breathing. And last but not least, it also mitigates the effects of long-term chronic stress.

Most people think that bones will stay strong for the rest of their lives, which is a huge mistake. Contrary to that statement, at the age of 30, there is a huge possibility that your bones will experience a massive density loss. This might sound scary in retrospect, but you don’t really have to worry.

Bones are living things, and they can grow strong and stay that way if you take care of them properly. That said, running can help you with that. High impact exercises, which include running, can help your bones have a healthy bone mineral density and growth, especially if you’re doing this kind of exercise regularly.

If you’re planning to start running, it’s best if you do it immediately. Running as an exercise can be intimidating, which is why starting it is the hardest part. However, once you enjoy running, you’ll never be able to stop. And with running, you can stay healthy while still having fun at the same time.

Reasons Why You Should Try Running

Mara Yamauchi has her little place in the athletics history books.

After the world record holder Paula Radcliffe, she has the second-best time among British marathoners. Other personal achievements include her sixth place in the marathon at the Beijing Olympic Games and second in London in 2009.

The talented retired from the professional circuit in 2012 and now dedicates her energy to helping others become better athletes.

In particular, to convince novices of “the invaluable contribution that running can make to their lives.”

Honestly, the sheer joy of running on a sunny day is out of this world, especially when surrounded by nature, good views, and fresh air.

But even in bad weather, you feel better when you get back from running than when you started.

Compared to tennis, soccer, cycling… – and running doesn’t cost that much compared to almost any other sport.

All you need is a pair of suitable shoes and little else.

There are many devices for those who like technology and can afford it, but they are unnecessary for reality.

Since retiring, Yamauchi has dedicated himself to preaching the benefits of this exercise.

Running with others is a very social and fun activity. Also, the company helps mitigate the harshness of training.

Running with a friend can be more fun than meeting up to sit or talk.

Many say that running is the best way to reflect. Somehow it clears the mind, removes distractions, and helps you see things better.

When I run, ideas come to me so quickly that I have to write them down right after I get home, so I don’t forget them.

It can even fuel creativity.

Human beings are hunter-gatherers who were born to run long distances.

In the end, running is a way of getting around.

Few of us do it this way, but why not start?

You can run to go shopping, park, friend’s house, or work.

Running, we return to our evolutionary roots. Children spontaneously run as soon as they can.

It is the simplest and purest form of exercise. The most basic move we know.

There are no complications, just a starting point, and a goal, and the open road in the sense of freedom that we have to decide where we want to go can be liberating.

The modern world has spread lifestyle-related diseases like diabetes, cancer, and heart problems.

Many are complicated by obesity and being overweight. Running, for sure, is one of the best ways to maintain proper weight.

Mara Yamauchi was second in the London Marathon in 2009.

When I travel or go on vacation, I love to explore the destination on the run, usually early in the morning when everything is quieter.

You can cover more distance than walking, and you can see different lights and find places that are not on the most convenient routes

Running helps get rid of excess adrenaline and other hormones. It can help to be calm and relaxed and keep things in perspective.

It can free the mind from daily worries and problems.

Groups of people running from home to work and home are becoming more popular in some cities.

Running exercise offers many helpful life lessons: that hard work pays off, how to set goals and work towards them.

It also teaches that we can realize our dreams if we put our heads into them, that we have to commit to doing something right, and that you can inspire others by challenging yourself.