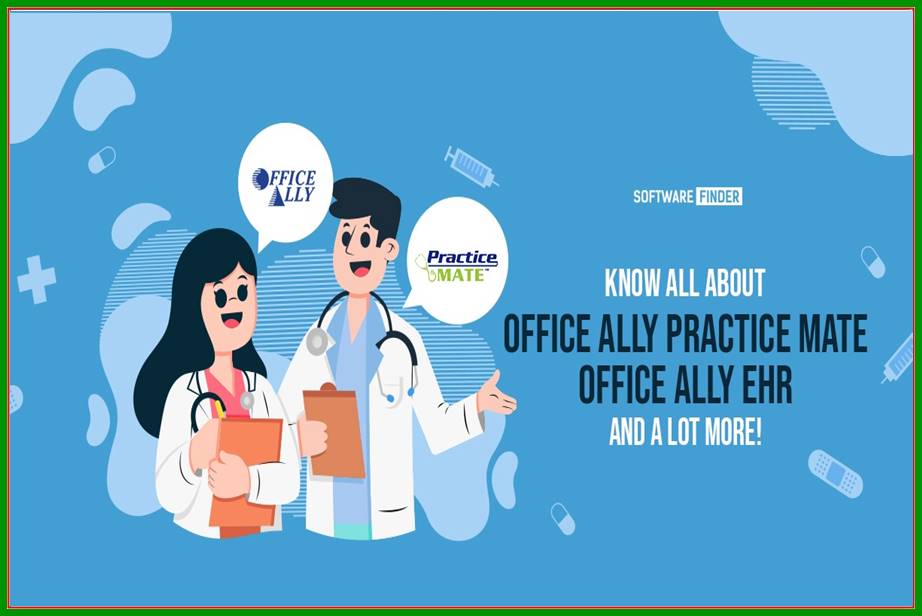 For practices looking for an affordable EHR that does the job, Office Ally is the best option. Even though its flagship Clearinghouse is well-liked, it recently began charging $35 per NPI (it was free). More than 330,000 healthcare professionals currently use the medical software suite provided by Office Ally. Office Ally Practice Mate offers additional products (including a thorough low-cost EHR, a free practice management system, and a free client portal) that can be utilized for end-to-end administration of your clinical practice, even though it is most well-known for its clearinghouse. We’ll go over each of Office Ally’s service offerings in more detail below.

The flagship product of Office Ally, the Clearinghouse, allows users to send digital claims to more than 5,000 payers. Office Ally Clearinghouse recently made a similar transition to Availity by moving from a free system to a subscription system with a monthly fee of $35 per NPI. To increase your chances of being reimbursed, Office Ally Clearinghouse thoroughly checks all of your claims before submitting them. If the system finds any mistakes, it notifies you and gives you the option to correct the information right there on the website. Additionally, you can keep track of each claim’s progress and deal with rejected or unresolved issues.

For each distinct Tax ID + Rendering NPI combo whose monthly claim volume goes to Non-Participating Payers at a rate of 50% or more, Office Ally’s Clearinghouse costs $35.00.

The practise management system and clearinghouse of Office Ally are both integrated with the web-based EHR offered by Office Ally. Since Practice Mate and the clearinghouse are integrated with the EHR, you can take SOAP notes, automatically convert them to electronic bills, and submit them electronically via the clearinghouse. Users appreciate how flexible EHR 24/7 is. By developing your own templates, you can personalize progress notes and SOAP notes. You can also clarify read/write access for each supplier or employee so that they only see and edit the data that pertains to their duties for security reasons.

Although EHR 24/7 does the job, some users feel that it is missing some features. For instance, it is not possible to include notes on patient progress notes when sending them to other employees for follow-up and justification. In order to offer context and specify what needs to be done, this necessitates users to communicate with one another face-to-face or via another medium. Additionally, users claim that Office Ally’s servers crash about once a month. Due to the fact that the software is web-based, it is unavailable during those times, which can be both expensive and unpleasant for high-volume practices.

EHR 24/7 is best suited for smaller offices because it is a simple, inexpensive product. You can find additional time-saving features by looking at more industry-specific structures if you’re looking for specific characteristics for your industry (such as chiropractic or physical therapy). However, compared to EHR 24/7, these characteristics will typically cost more.

Expertly EHR is a cloud-based digital medical record, healthcare billing, and practice management program made to meet the demands of on-demand healthcare providers of all stripes. Solutions for paediatrics, primary care, and occupational healthcare are available through the Experity EMR. Experity EHR also supports e-prescribing, payment systems, coding automation, lab integration, SMS messaging, patient queuing, and digital scheduling, as well as other integrations. The vendor supports mobile and desktop devices. From the time of registration until discharge, it also provides charting and clinical workflows. A lot of users talk about expertly Patient Portal. Know All about Office Ally Practice Mate, Office Ally EHR, and A Lot More!

● Clearinghouse links to more than 5,000 payers.

● Users claim that servers go offline about once a month, which can be troublesome for a web-based system.

● Users of the EHR can send client notes to other employees, but they cannot add notes explaining why this data is being sent.

For smaller, more frugal practices, Office Ally also provides a free practise management system (Practice Mate) and a low-cost EHR (EHR 24/7). Although these straightforward products work well, users claim that Office Ally’s servers occasionally crash (roughly once a month). For smaller private practices, these sporadic outages might be acceptable, but for larger, high-volume practices, they can become expensive. However, Office Ally’s perfectly functioning, no-frills structure offers a lot of capabilities for little to no cost for smaller private practices or practices that are just starting out.

How to Spend One Week In London On A Budget