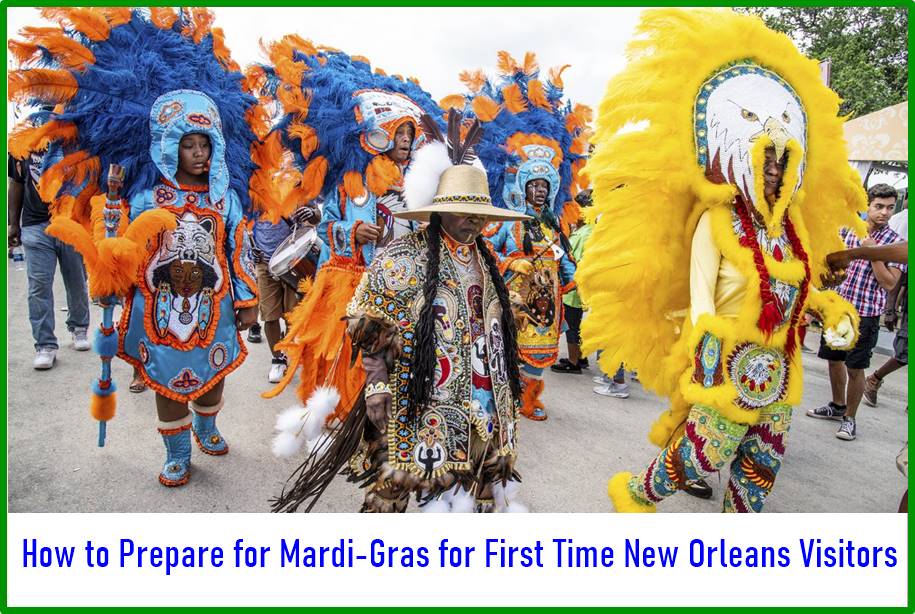 Attending Mardi Gras in New Orleans is a bucket-list experience that begins on Twelfth Night, January 6th, and ends on Fat Tuesday. The parades have a different theme every year, with the very first taking place nearly 200 years ago back in 1837.

If you’re visiting the city for the first time in order to attend this spectacular event, or as a side note while touring the New Orleans houses for sale as you contemplate a move, you’ll want to be prepared by following these tips.

Many first-time Mardi Gras attendees assume there is only one big parade, but the celebration is actually made up of multiple parades which means you’ll want to do some planning so that you don’t miss the best. The must-attend parades, known as krewes, include the Krewe of Muses, popular for throwing shoes. Then there’s the Parade of Political Satire, Krewe D’Etat; a parade focused on Louisiana culture, Krewe of Endymion; a musical parade founded by Harry Connick, Jr. called the Krewe of Orpheus, and the biggest one of them all, “Super Krewe,” the Krewe of Bacchus, with celebrity grand marshals and fluorescent floats.

For the full experience, be sure to arrive earlier in the week so that you can get a better perspective of the city’s layout and your surroundings. As you scope it out, consider your view for the parades and what’s most important to you. For example, do you want to be able to sit or do you need close proximity to a bathroom?

You’ll want to get to the parades early too in order to secure one of the best spots and capture a collection of famous throws.

Unless You Want to Join in the Drunken Mayhem, Beware of Bourbon Street

Bourbon street is where beer gets sloshed around like mud puddles in the rain and there will be plenty of naughty flashes you probably don’t want your kids to see, if you’re bringing them. From the first night of carnival until it’s all said and done this is a mosh pit of mayhem, which can be good or bad depending on your perspective.

Plan to Wear a Costume

While you don’t have to spend a year laboriously gluing a costume together or spending thousands of dollars on customized garb, you should really wear a costume or at least a mask. After all, this is your chance to go all out and who knows if you’ll get another opportunity? It doesn’t matter what it is, but the weirder the better.

First, never ever pick up a string of beads off the floor, it’s gross and could put you in the path of an oncoming float. Your fingers could get smashed or worse. Speaking of fingers, they will also get smashed if you reach for a doubloon (a popular coin throw) when they hit the street. Instead, step on it to claim it and wait until everything is clear before picking it up. There’s going to be a lot of scrambling when it comes to unique throws, and all is fair when attempting a catch.

Tips To Come Up With Enticing Business Ideas

What Size Air Conditioner Do I Need?