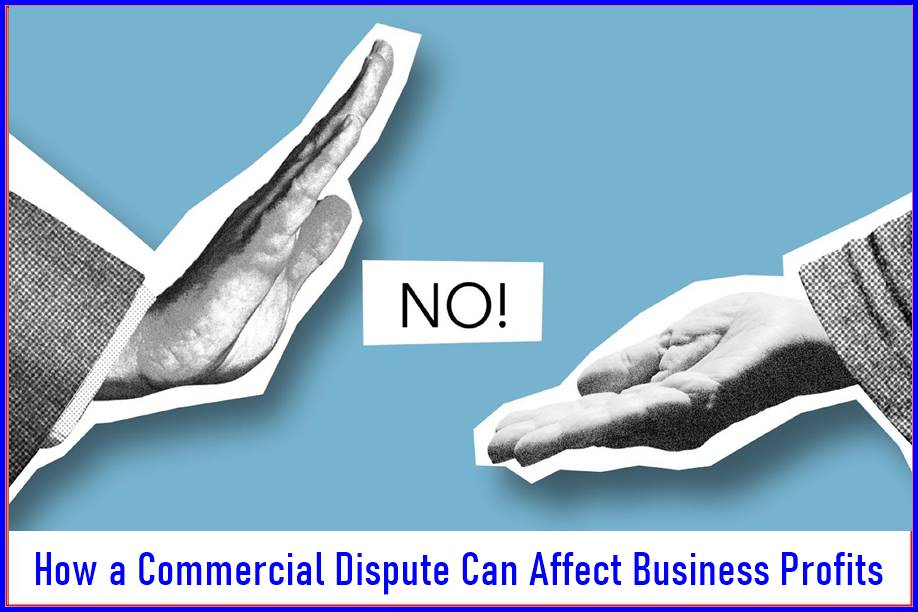 A business dispute is rarely good news but, in some cases, it can have a far reaching impact on a company’s revenue and profits. In this article, we’ll explore the ways in which a commercial dispute can affect business profits.

In an ideal world, every business transaction would run like clockwork but, sadly, this is not always the case, and most businesses experience a commercial dispute at some point.

Coming to a commercial dispute resolution, can have consequential impacts on a company that can really affect the brands image and reputation. In this article we’ll examine these impacts and how to avoid colossal damages caused by commercial disputes. Let’s delve in..

What is a Commercial Dispute?

This term is usually used to describe a disagreement between two businesses which is challenging to resolve. An example may be that, company A hired company B to provide PR services.

After seeing no tangible results from the PR campaign, company A may then refuse to pay for the services, while company B may maintain that it did the work that was asked of them. If a commercial dispute cannot be resolved between the two parties, it will often result in legal action.

Figures from the judiciary service show that commercial disputes are very much on the rise in the UK. Although many such applications are dismissed or ‘thrown out’, others will proceed to legal action which can turn out to be a very time consuming, stressful and expensive experience for all concerned.

How Can a Commercial Dispute Affect Business Profits?

There are a few different ways in which a company’s profit margin can be affected by a commercial dispute and, some of these include:

If a commercial dispute ends up in legal action, this can work out to be extremely expensive for both parties involved. Legal fees and time away from the office can cost a significant amount of money and have an extremely negative impact on profits.

In addition to this, if a company loses a legal case after a commercial dispute, the company may be subject to paying a significant amount of compensation to the other party.

When a commercial dispute becomes public, there’s a good chance that this will result in a loss of custom. Using the example of our PR company, if company A spreads the word about their negative experience, there’s a very real possibility that potential customers will then choose to go elsewhere.

Similarly, existing clients who get wind of the dispute may also decide that they no longer wish to do business with your company, resulting in a loss of revenue that your company may rely on.

In the age of social media, a company’s reputation can be destroyed with just a couple of clicks – meaning that, if a client has a problem with your business, they are able to tell a huge number of other people about it incredibly quickly and easily.

Commercial disputes take up a lot of time in terms of gathering evidence, collecting witness statements and more. This will almost always involve the time of an employee who, for a time, will therefore not be productive in terms of making profit for the company.

How to Avoid a Commercial Dispute

In almost every case, it’s better to try to resolve an issue before it becomes a dispute which may end up in court. In order to try to avoid litigation, there are a few things that you want to consider:

Even while considering these options, it makes good business sense to consult with a commercial solicitor who will be able to guide and advise you on the best course of action to be taken.

You will also need to ensure that you have all the relevant evidence and documentation regarding the dispute at hand just in case the matter is escalated to legal action.

Try to resolve commercial disputes before it goes to court…

With the best will in the world, not every commercial dispute can be avoided. However, it’s good common sense to do everything in your power to avoid these lengthy and expensive legal cases.

One of the best weapons in your arsenal when it comes to minimising commercial disputes is to focus on building strong relationships with your clients and / or suppliers. When you have a good relationship, both parties will tend to be reluctant to ruin this by resorting to legal action.

Finally, being flexible is another really effective way of turning a disagreement into a dispute. Having to give a client a discount or concede in some other way may seem a little galling but it’s much better for your business in the long run.

Please be advised that this article is for general informational purposes only, and should not be used as a substitute for advice from a trained business law professional. Be sure to consult a business law professional if you’re seeking advice about a commercial dispute. We are not liable for risks or issues associated with using or acting upon the information on this site.

Why Do People Get Drug Tested in the Workplace?