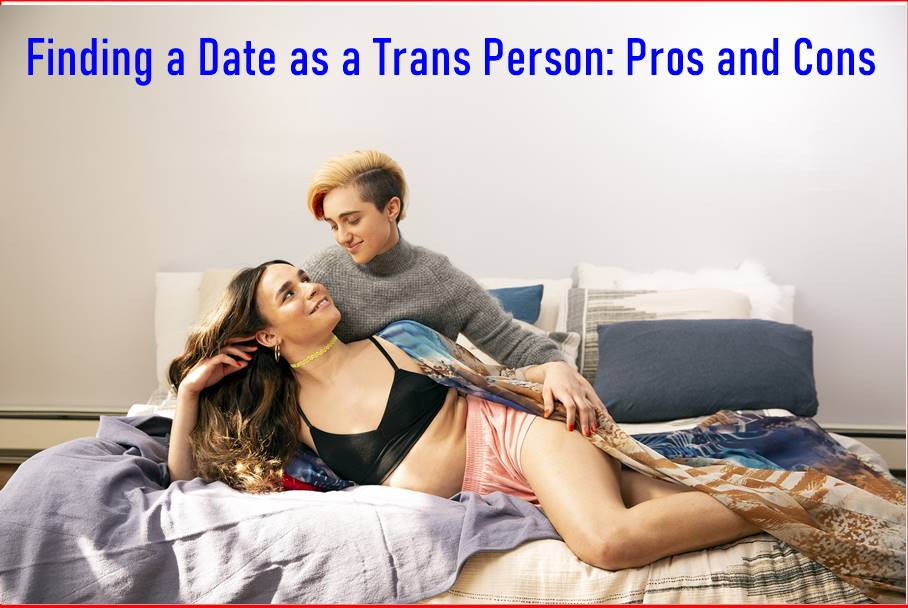 Finding a Date as a Trans Person: Pros and Cons

The modern world has undergone many changes if we compare the present with the trends and perceptions of the past. Today, everyone has the opportunity to be open and express themselves as a person in any possible way. At the same time, they will not feel sidelong glances at themselves, overflowing with misunderstanding and condemnation. Same history with the relationships. Now people are free to choose a partner regardless of their gender, skin color, beliefs. So if you want to date a transgender, no one will blame you as now even tg dating sites are created for such people. But before diving into the world of online dating and searching for a transgender soulmate, you need to know more about these people and the pros and cons of such a relationship.

This is what it’s Like to Date a Transgender

Dating a transgender person is like dating someone else. Of course, if you get a little closer to the details, naturally, there are some differences. And these differences you can notice even during a conversation, even if you’ve just met online on a dating site. However, this varies from person to person. For example, let’s say you registered on an online dating site and want to date a cute ebony girl that is trans(MTF). Her preferences for what kind of man she likes, what she likes in bed, hobbies, personal worldview, etc., may be different from the next trans woman you’ll meet. Nothing should be taken for granted.

Pros of Dating a Transgender

Cons of Dating a Transgender

Most transgender people have body dysphoria. This means they have inherent discomfort in certain parts of the body, usually their primary and secondary sexual characteristics. This goes beyond the fact that they simply do not like some part of the body – it may seem completely foreign to them. Which parts of a person are not satisfied with depends on the person.

As you can understand now, transgenders are just normal people but dating them might have its consequences and differences. Though progress is doing its work, if you check tg online dating sites, you’ll be amazed at some profiles. Surgery is improving, and sometimes you will not see even the difference between a real woman and a transgender one. Relatively speaking, a transgender woman can have more femininity than real representatives of the fairer sex. And the primary sexual characteristics will not interfere with her at all. It’s the same with transgender men. They can be strong, strong-willed, and brutal, despite their lack of masculinity.

We rarely hear about how difficult it can be even for supportive spouses during their partner’s transition. Success stories in the transgender community often hide the grief, pain, loss, difficult issues, and lack of support that cis partners experience.

In reality, everything is more complicated than it seems, and the stories almost always develop according to the canons of classical Greek tragedy. The end is known from the very beginning. The more desperately the characters try to avoid fate, the more likely it will overtake them.

Both sides suffer, and both do their best. The only way out is to reduce the stigma of being trans to avoid an unstable relationship by coming out much earlier.

The transition does not always affect marriage very much, but the sex life is rarely unchanged. Couples have to choose between divorce, no-sex marriage, or changing the format of the relationship. The former is often impossible because of children, affection for one another, or financial situation; few will agree to the second.

And for many, the third option becomes the most viable.

However, given that even ethical polyamory is stigmatized in our society (i.e., open and responsible love without jealousy towards several people simultaneously), many transgender people in these situations feel that they have simply changed one “closet” for another.

Because of these stereotypes, transgender people – especially public ones – are forced to maintain the image of a “happy couple with different sexual orientations” and hide problems to maintain influence in the political arena.

They don’t necessarily understand you better or worse than anyone else. It is not always easy to get them into the bag. They are not necessarily what you might think.

Transgender people are just people. Treat them with compassion like anyone else, and you will be fine! Keep this in mind.

Ways to Talk to Your Lesbian Crush to Attract Their Interest

Finding a Date as a Trans Person: Pros and Cons