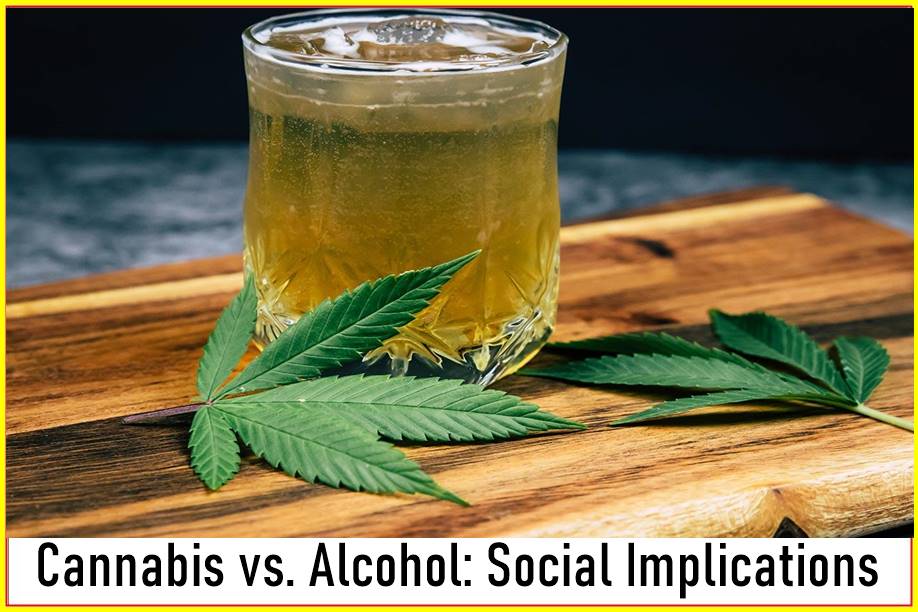 The cannabis legislation has grown increasingly loyal to legalization and use for medical and recreational purposes in many U.S. states. This change has many positives, especially for patients with cancer or chronic pain who have received a legal way to alleviate the discomforting symptoms of their conditions.

So, if you’re planning to get high and think, “what are the weed dispensaries near me?”, it’s better to plan the intake of beverages and weed wisely. Don’t let the party drive you away; calculate the dosage of alcohol and weed you’re consuming to stay sane. Start low and go slow – it’s a secret recipe for having fun instead of trouble.

What Does Science Say about Co-Use of Weed and Alcohol?

So, what do the studies say about the effect of combining weed and alcohol? Here is a bit of scientific evidence outlining the harms of such practices.

Marijuana vs. Alcohol: What Should Come First?

The evidence says that drinking alcohol before weed intensifies weed’s effects. Alcohol enhances THC absorption, guaranteeing you will get higher from the same dose. So, it’s vital to listen to your body and start low after drinking alcohol, knowing where to stop and avoid ‘greening out.’

While there is enough research on alcohol-first co-use of weed and alcohol, the studies on cannabis-first use are lacking. A 1993 study concluded that THC could slow down the absorption of alcohol in the human blood, which may offset the intoxication effect on the body. Still, such an effect is also potentially hazardous, as it may drive people to drink more and leads to abrupt, severe intoxication.

Marijuana vs. Alcohol: What Affects the Choice?

Needless to say, teens are the highest-risk group among all ages as they are prone to experimentation and are not afraid of consequences. So, young people are the most vulnerable to developing co-use disorders. Yet, some of them choose one over the other, either drinking alcohol only or smoking weed, keeping those habits in adulthood.

What affects the choice of weed or alcohol, and how do these motives differ across the life span? Let’s figure it out.

Marijuana and Alcohol Are Addictive, Any Combination Harms

As you can see from this review, science is unequivocal: marijuana and alcohol affect your health badly even as standalone practices. Their combined use increases the risks and exposes you to the full spectrum of harm from both.

The reverse side of legalization is gloomy; the poly use of cannabis and weed has grown among Americans, especially young people, posing new health risks and concerns. Here we examine the effects of mixing weed and alcohol to see what happens to a user’s brain and body, what doses and sequences can be considered safe, and what drives youngsters to choose one over the other.