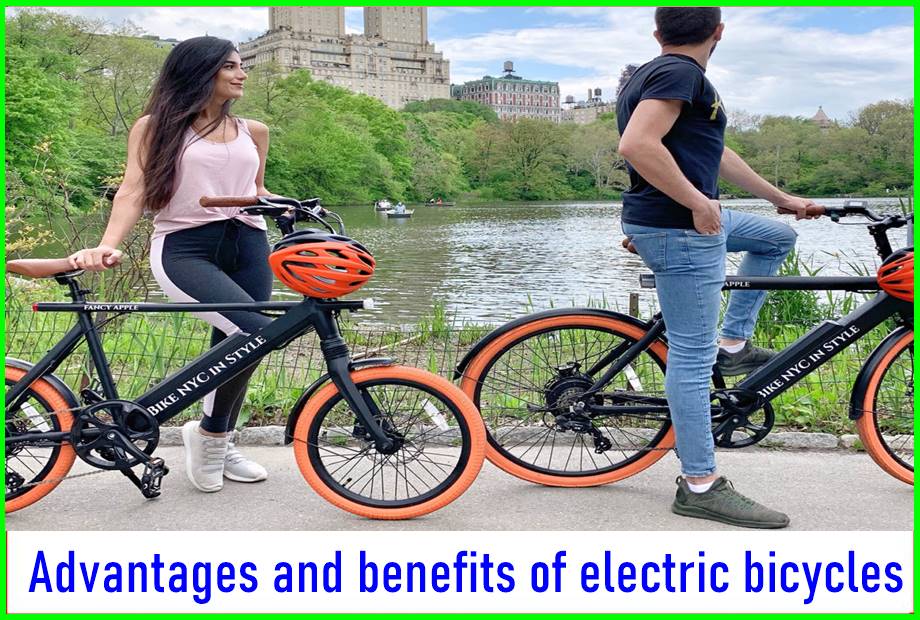 The pedal assisted electric bicycle is today one of the most used two-wheeled vehicles to be able to move especially in the city and to counteract the classic traffic and pollution problems. Moving around the city, in fact, for work, study or for other reasons, has become more and more a problem. Added to this is the fact that many people are subject to commuting and often have to use one or more public and private transport to get to work or study locations.

Electric micro-mobility is today one of the most valid solutions to counteract all those problems to which city traffic, in terms of stress, long travel times and pollution, subjects us. In order to have sustainable mobility, it was necessary to think of means of transport that would limit the emissions of harmful gases and at the same time could give practical advantages.

Thus, in recent years we have seen the increase in electric vehicles, such as electric bikes, electric scooters, hoverboards, segways and monowheels.

The classic bikes, today, have been largely replaced by pedal assisted bicycles, that is a type of bicycle that, in addition to allowing the advantages of a traditional bike, offers the possibility of faster and less tiring movements thanks to the motor of which is provided.

Today we also have legislation in our country that concerns pedal assisted electric bicycles, which, if in possession of all the necessary requirements, are equated in all respects to traditional bicycles and are subject to their own traffic regulations.

Advantages and benefits of electric bikes

The benefits of pedal assisted bicycles are truly many, starting from physical fitness to economic advantages, their easy use with less damage to the environment and the convenience of being able to move around without stress in traffic.

Electric bicycles, as well as electric scooters, are also very well suited for shared use. Bike sharing, in fact, is today one of the preferred systems by municipal administrations to increase the use of public transport and to make eco-friendly means available to citizens to easily reach every point of the city.

If you have never stopped to think about the advantages and benefits of using the electric bike, here are some good reasons to start considering the use of this small and very practical means of transport as a valid alternative to the daily use of the car.

Fit and healthy with electric bikes

Thinking about an electric bike, one might believe that its use is not effective for physical exercise. In reality this is not the case. First of all, it should be considered that, for those who are not used to cycling, e-bikes can be a great way to introduce themselves to this type of activity, receiving some help especially in the case of hills.

Even with the electric bike, aerobic capacity improves – and consequently the functionality of the heart and arteries – muscle tone improves and body fat decreases, thus also affecting the figure.

The less stress that is derived from it should not be underestimated. Improving one’s physical activity is in fact always a help for mental health. Furthermore, being outdoors and in the sun helps those with insomnia problems, improves mood and contributes to general well-being.

Among the positive aspects of using electric bikes, the ecological and economic aspects should not be underestimated. With the ever increasing number of people using bicycles and electric bicycles, the infrastructure for cyclists has also increased. This encourages more and more to use these practical and ecological two-wheeled vehicles.

It should also be considered that in some cases it is possible to arrive by bike even in areas closed to cars, and therefore it is possible to enjoy the city more. This has a positive effect on the environment, as it limits the emission of carbon dioxide, it acts on saving energy resources and also on noise pollution.

The cost of an electric bike, although it may be equipped with new technologies, is still less than that of a car. It must also be considered that with an electric bicycle you avoid many secondary costs, such as those for fuel, parking, road tax, insurance, washing and – even – fines. Furthermore, its maintenance is not as expensive as that of a car or motorcycle. You just need to buy your ebike from a reputable electric bike manufacturer.

And for those who do not want or cannot completely give up the car, do not worry: there are many light and folding models of electric bikes that can be easily loaded in the car or on public transport in order to create mixed mobility routes.