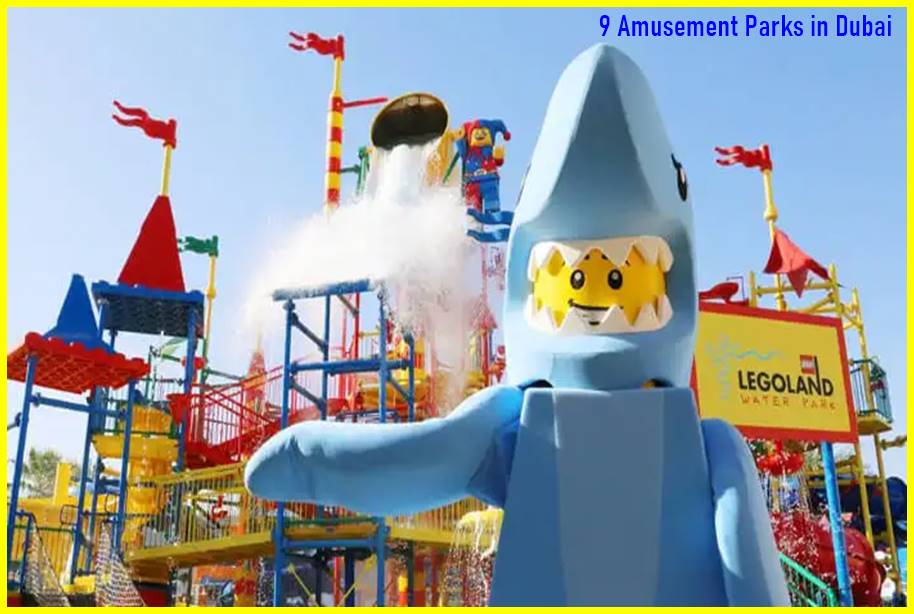 Dubai is a gorgeous city with a diverse range of intriguing places to visit and things to do. Its innovative design, which includes a vast and intersecting network of highways, massive malls, complexes, and iconic towers, demonstrates its passion for futuristic architecture. The same can be seen in Dubai’s fantastic theme parks. These are places that have been created to resemble a genuine or fictional location.

Bollywood Parks Dubai is the “first theme park dedicated to the B-town” in the world! It is a part of Dubai Parks and Resorts and is the ideal place to discover and gain firsthand knowledge of the processes involved in creating a Bollywood movie and the Indian film business. Book  Bollywood Park Dubai tickets and enjoy a tour of numerous sets from remade versions of well-known Bollywood films like Lagaan, enjoy a 4D screening of Krish, and attend the Cinema Circle for dance. A unique Bollywood-themed park with live performances and both classic and contemporary Bollywood music. The layout, signage, decorations, and food stands are reminiscent of Mumbai, the birthplace of Hindi.

Wild Wadi, Dubai’s first water park, debuted in 1999 and has been dazzling visitors ever since, thanks to its unbeatable location near to the Jumeirah Beach Hotel and the Burj Al Arab, as well as its amazing choice of attractions with a unique Arabian motif. There’s plenty to keep the whole family entertained here, from a wave pool to various water slides to artificial surfing machines and an 18-meter cascade that runs every 10 minutes. The hair-raising Jumeirah Sceirah plunge slide will not disappoint adrenaline seekers.

The Motiongate theme park is a must-see for every die-hard fan of Hollywood films. The Hollywood Inspired Theme Park, which is located in Dubai Parks and Resorts, was built and created in the style of well-known movie studios such as Columbia Pictures Studios, DreamWorks Studios, and Lionsgate Studios. The Motiongate Dubai ticket price starts from AED 290 in which you can get access to all zones, rides, and attractions.

When you go into Motiongate, you’ll feel as if you’ve been transported to the many movie sets of many well-known Hollywood films, allowing you to see how some of the best scenes from these films were shot. Other sections of the Motiongate Theme Park are designed after various movies and their characters.

The ultimate lazy river, a thrilling slide-tower complex for daredevils, the region’s first WaveOz 180 FlowRider for surfers, a dedicated kids zone for the children to burn off some energy, and a dedicated kids zone for the youngsters to burn off some energy Laguna Waterpark has four separate zones that will have visitors coming back year after year! Guests can rest in luxury cabanas on the waterfront with panoramic views of the Arabian Gulf, in addition to some of the region’s top rides and attractions.

The Atlantis The Palm resort hosts Dubai’s largest water park, which features world-class thrills for thrill-seekers. Poseidon and Neptune are the two main towers, which are joined by a massive lazy river that ferries riders around. Poseidon’s Revenge and the Leap of Faith are two games for hardcore sliders. Aquaventure will become one of the world’s largest waterparks when the 34-meter-tall Trident Tower, together with the 12 additional thrills it holds, opens in early 2021.

Dubai Parks And Resorts theme park, the first of its type in the Emirates region, in the Middle East’s largest integrated theme park attraction. This vast adventure land, similar to Disneyland, spans 25 million square feet and features over 100 rides, shows, and attractions. MOTIONGATE Dubai, BOLLYWOOD PARKS Dubai, LEGOLAND® Dubai, and LEGOLAND® Water Park, the region’s first-ever splash-fantastic water park for families with kids, are among the four exceptional parks here. The family resort is also surrounded by a variety of restaurants and shopping areas, ensuring that everyone in your family gets the most out of their trip to Dubai.

At KidZania, the emphasis is on roleplaying real adult jobs. Children can dress up in costumes and props from over 80 different professions, all while exploring a copy of a real city. They’ll also have the opportunity to interact with other people in this environment, such as by “paying” for groceries with the park’s cash. KidZania city features everything a real town would have, from a hospital to a beauty salon, and your children will have the opportunity to explore everything at their leisure. Getting In: The Go Dubai Card is required for admission to KidZania.

This wonderful theme park for young children is a worldwide favorite, so it’s no surprise that one can be found in Dubai’s incredible entertainment city. Across six themed regions, you’ll find over 40 rides, attractions, and performances featuring LEGO characters and storylines. It has a good mix of indoor and outdoor attractions, so it’s easy to get away from the summer heat when needed. Plus, there are actually over 60 million LEGO bricks in the park altogether – pretty impressive right. Explore the medieval realm of Kingdoms and create your own LEGO masterpieces in the Imagination sections of the popular MINILAND (where you may find miniature scale models of real buildings).

The world’s largest indoor theme park is Dubai’s latest record-breaker. It features four zones that cover everything from superheroes to dinosaurs and spans 1.5 million square feet, or the equivalent of 28 football fields. Older kids (and kids at heart) will enjoy the action-packed Marvel zone, where they can go on adventures with Spider-Man, The Hulk, Iron Man, Thor, and other Avengers, whether on a thrilling ride or in a state-of-the-art stereoscopic cinema dome. 9 Amusement Parks in Dubai